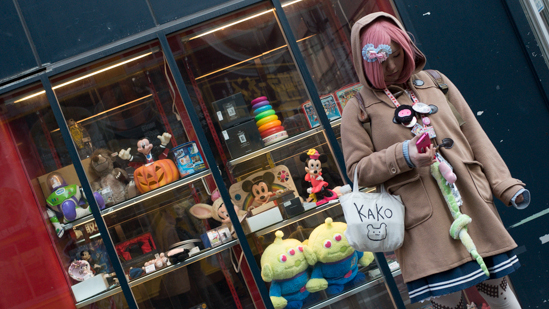 The new rule, set to take effect April 1st, bars all establishments in Chiyoda Ward, where Akihabara is located, from touting, where cafe employees talk to potential customers on the street and try to convince them to visit their shops.

Touting is standard practice for maid cafes in Akihabara, but it’s also used to attract customers to illicit “JK Sanpo” establishments, which has prompted the new regulation.

“JK Sanpo,” an expression that comes from “josei-kosei” (high school girl) and “sanpo” (walking), is a form of so-called “compensated dating,” in which young girls are paid to go on dates with older men. A JK sanpo is typically a 30 minute-walk for 5,000 yen (about $50), but some customers offer girls more money to go to a love hotel, take upskirt photos, or sell their underwear. 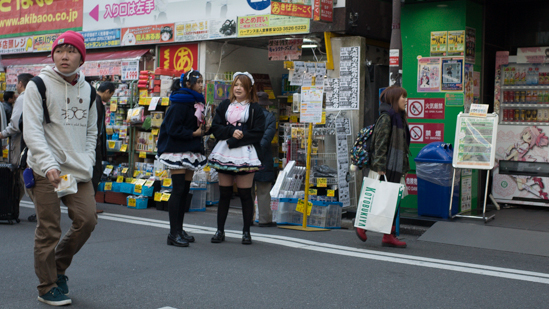 As part of the crackdown on JK sanpo, police in Akihabara took 13 girls into protective custody last December. At that time, police discovered 96 separate JK sanpo establishments in Akihabara.

This February, the Chiyoda Ward assembly decided to take the additional step of barring all touting throughout the ward, though the target is clearly Akihabara.

Said mayor Masami Ishikawa in a meeting regarding the establishment of the new rule, “Because Akihabara attracts many customers from both inside and outside Japan, we want to make it a clean and safe place.” 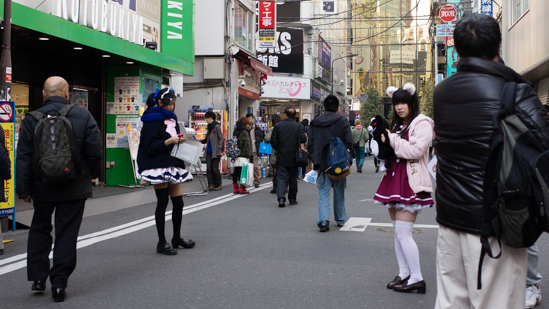 Though the intent of the regulation is to make Akiba a nice place for tourists to visit, it may end up hurting one of the businesses that makes the town so unique: specifically, maid cafés.

Maid cafés throughout Akihabara use touting as a primary sales technique. Typically one of the cafe’s maids will stand nearby the cafe, passing out flyers and leading interested guests to the café’s location. Though the new regulation is aimed at stopping JK sampo, the broad scope of the rule means that this practice would be technically forbidden.

One wrinkle to the anti-touting rule is that it will be, at least at the outset, largely toothless. People assigned by the ward will patrol the streets and will have the authority to tell touters to cease their activity, but not to give fines or tickets. However, repeat offenders may have their names posted publicly.

On a recent trip to Akiba ahead of the April 1st ban, we found the streets as full of maids as ever. We’ll have to wait a few weeks to see whether the new regulation will have a serious effect on the maid cafe business, and what new promotional tactics they might try. Stay tuned. 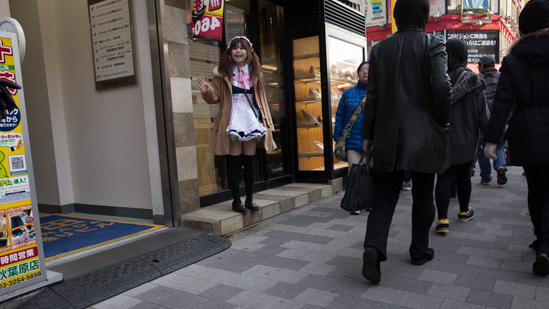