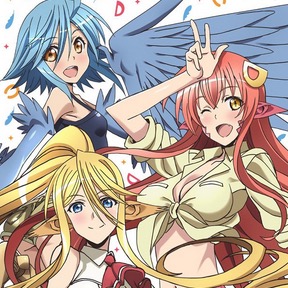 The harem genre isn’t exactly known for its quality. The general impression for a lot of people is that it’s nothing but shows with casts of cookie-cutter characters competing over the protagonist for no other reason than the fact that he’s a self-insert wish fulfillment character. Even if this sounds like your opinion of the harem genre, I think there’s hope yet that this show can win you over.

Monster Musume (short for Everyday Life With Monster Girls) is based on the manga of the same name by Okayado. In the world of Monster Musume, mystical creatures like centaurs and harpies exist. The Japanese government has revealed their existence to the public and has been working on cultural exchange and integration between humans and monsters. The story follows Kimihito Kurusu, a student who has unexpectedly become the host for a collection of monster girls who have become infatuated with him.

No matter how you feel about this show, I hope everyone can appreciate the great work done with character design for the monster girls. Their designs are far from giving a regular girl pointy teeth and long ears and calling it a day. There’s actually a good amount of thought and creativity put into each of the monsters that have shown up so far. 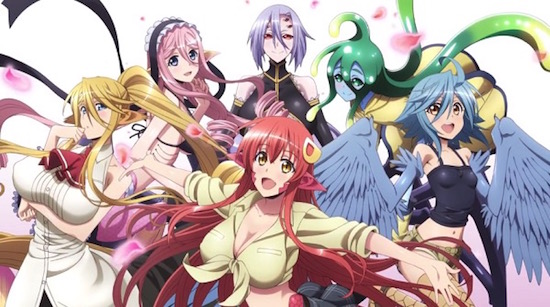 This is a harem anime, so it’s no surprise that this show has a lot of fanservice. A lot of times anime will use fanservice as a crutch when it really doesn’t have much else to offer. I’m not totally against fanservice, but when it’s used like that it’s just lazy and pandering. Monster Musume is one of those shows that actually knows how to use fanservice effectively as part of the comedy. It’s hilarious watching our main character react to these kinds of scenarios knowing that, because of the nature of his situation, any slip up can end in him being arrested or accidentally crushed or clawed to death. Kimihito Kurusu’s life is suffering, and that is very entertaining to watch.

Monster Musume has built a pretty interesting world. The lore of the different species of monsters and where they come from is one of the highlights when I watch the show. I hope in future episodes it continues to expand what the audience knows about its universe.

If you like the designs of the characters and you’re not too shy over fanservice, then maybe you should give this show a shot. I don’t expect it to be many people’s favorite, but watching it will definitely be a fun ride.

Norbert Daniels Jr. is a freelance writer who doesn’t want monsters in his closet. Listen to his podcast about appreciating cartoons at SaturdayMorningBlockParty.com.