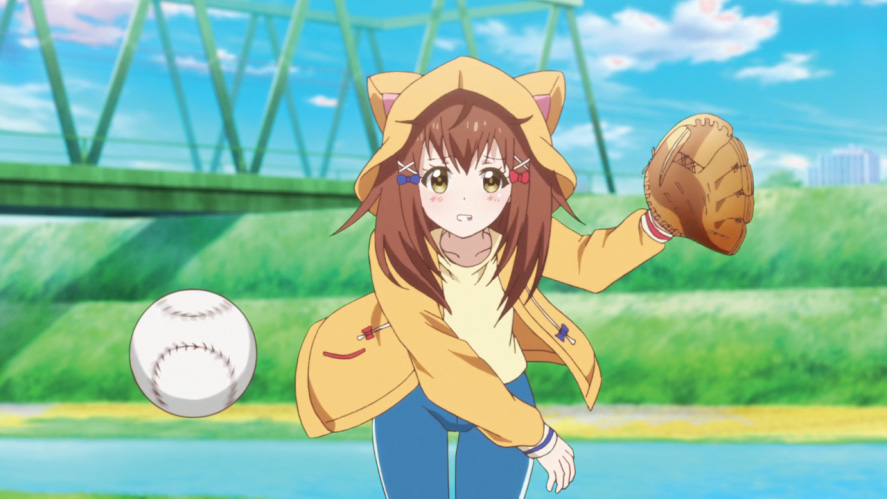 Baseball and anime seem to go hand in hand, from classic works like Touch and Princess Nine to this year’s repeated team-ups between Gundam and the Pacific League. The spring 2019 anime season has gifted us with two baseball series on opposite ends of the spectrum. On one side is Mitsuru Adachi’s Mix; on the other, a girl’s hardball story called Cinderella Nine, based on a mobile game from Kadokawa.

You don’t need to be a fan of baseball, or really even comprehend baseball, to get into Cinderella Nine … and that’s largely because the majority of our main characters don’t know much about it, either. Initially, the only character at all in the know about the sport is Tsubasa, a former ace who’s decided to revisit baseball by starting a girls’ team at her school—which she initially does by jumping up at opening ceremonies and yelling that she will be doing so, rather than talking to a teacher. Response is spotty at first, but builds slowly as they attempt to rack up the necessary nine members.

The expanding cast slowly brings in more skilled players, including tactical genius Waka and Tsubasa’s former rival Ryo. As this is a gacha game, we also see a mix of Types: shy cat-hoodie girl Akane, school newspaper reporter Ayaka, and hot-blooded senpai Yoshimi. Early cast lists show more characters will be on the way, though whether we end up seeing the original game’s full cast of 30 remains to be seen.

This is one of the main trip-ups with mobile game adaptations: the game cast is massive, thanks to the need for new characters for events and updates, so the anime cast runs the same risk. Cinderella Nine is good about introducing its leads characters bit by bit, giving each enough focus that we can get to know them before meeting more. Plus, as with some other adaptations like Love Live!, the unseen player character is removed entirely. This leaves Tsubasa to take point, with much of our understanding of other characters being through her. 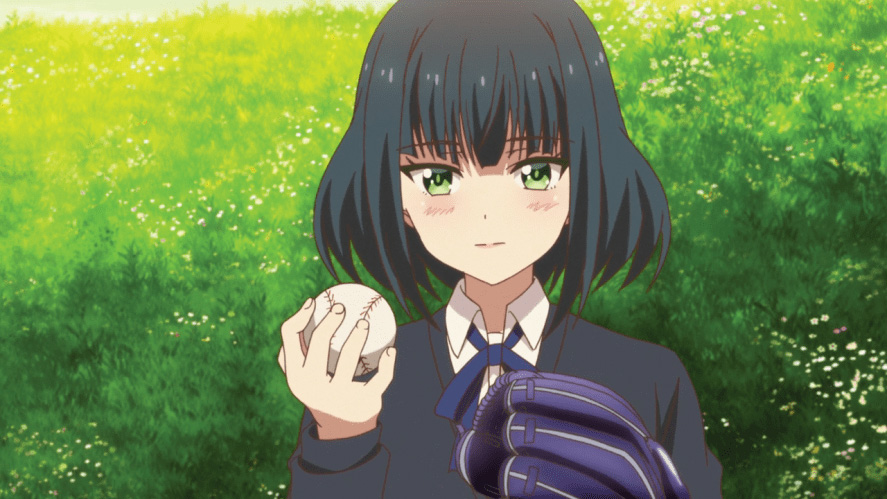 Where Cinderella Nine departs from a lot of other sports anime is its view on competition. Most high school baseball teams in anime are aiming for Koshien Stadium’s summer playoffs—a goal in the original mobile game of Cinderella Nine, as well. But for Tsubasa, the point isn’t to beat yourself up in order to be the best: it’s to have fun.

The whole series carries an undercurrent of teamwork, self-awareness, and optimism. The players aren’t perfect, and their learning curve is what one might expect of a team with their varied and spotty experience. There’s no winning through the power of friendship and Really Wanting To Win here. They take their hits, and plenty of them. But those hits are followed up with honest assessments of things that need working on, and a good dose of mutual encouragement. When things do go right for the girls, the victory is shared, and the resulting boost in morale makes all the difference. 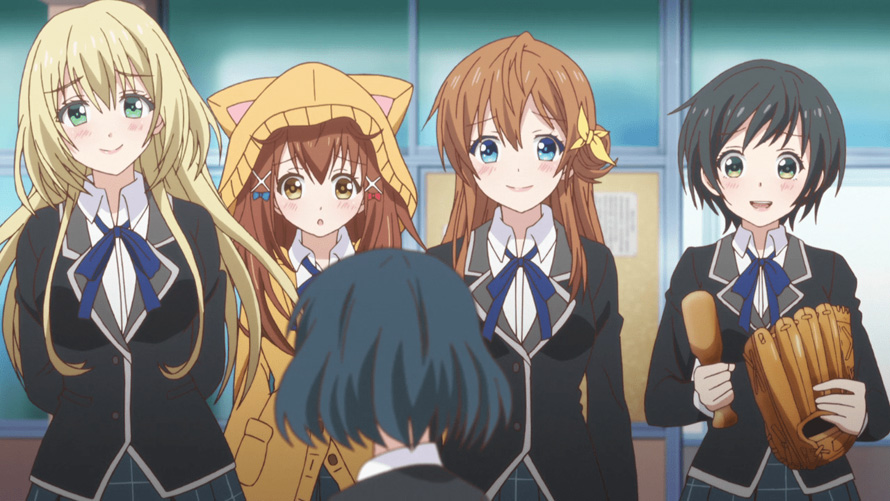 The art, unfortunately, is a little more hit or miss than the rest of the story. The character designs are lifted directly from the game and are lovely. They’re also rather detailed, which is no problem for a game with sprites and still images, but a big problem for a weekly anime. Each episode runs the gamut from glorious on-model beauty shots to flattish traveling faces that will likely be fixed for the home video release. It doesn’t ruin the series, though, and the production team seems to know that if something has to give, it’s the conversations rather than the baseball scenes.

Cinderella Nine is upbeat and refreshing, even for people who aren’t necessarily fans of sports anime—in fact, viewers who aren’t quite as into the blood, sweat, and tears of the genre might enjoy this more than a typical baseball anime. It does scream “mobile game adaptation” at times, but it screams “fun” significantly louder.