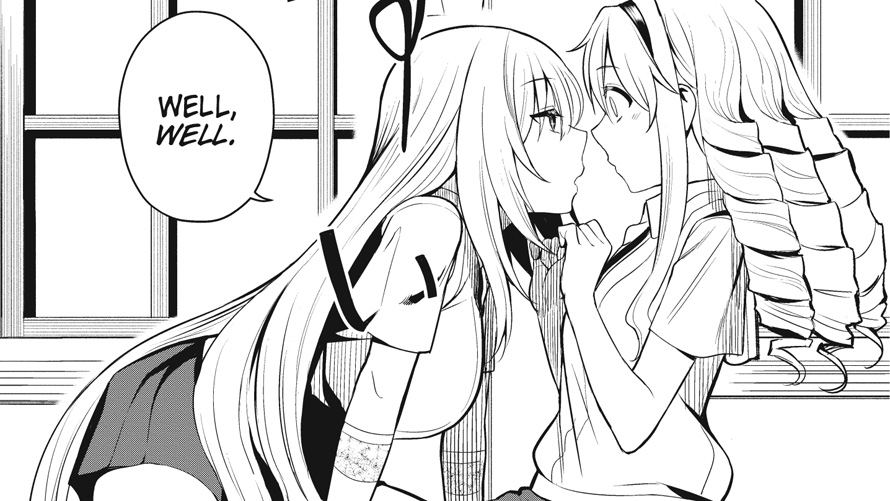 Don’t get too excited, military science fiction geeks: this manga franchise is no more about rail guns than Bleach is about getting stains out. There is, however, a “certain science” to explaining how the paranormal powers work in this futuristic universe. It’s all about “fields” and “energy” rather than grimoires and mana. This quasi-scientific approach makes the plot of Astral Buddy, in which student Hokaze Juno acquires a ghostly companion, work. In a traditional world of magic, genre-savvy readers would expect your standard restless spirit. A creature that may be undead or some manifestation psychic power adds a layer of mystery.

It’s a good thing the basic plot and world building are solid, because page by page and panel by panel, this manga is a mess. The page layout is so obsessed with panty flashing and cluttered with speed lines that it’s often hard to tell what a given panel is trying to convey. It’s a relief when the story gets to an archery contest, because arrows hitting targets is a straightforward visual, as are girls holding bows and arrows. At least for one scene it’s possible to tell what’s going on. 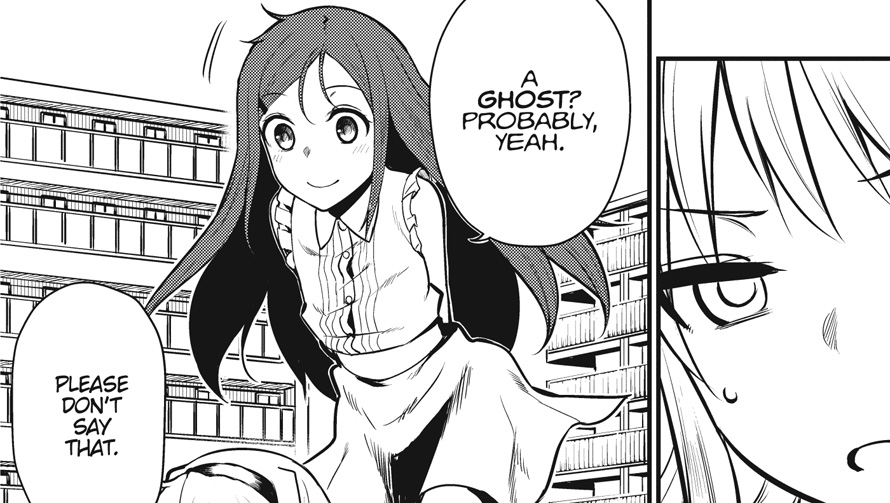 Meanwhile, there’s a mystery, a ghost, and “Esper” powers, but none of it matters much; the real point is the tease of yuri romance. The discriminating reader can tell because the panels building up sexual tension between the female characters are the only things artist Motoi Fuyukawa consistently renders with enough clarity for the reader to tell what the blue hell is going on. If you’re reading the Certain Scientific Railgun books for fanservice, this spinoff will work for you, especially if you’re into legs. 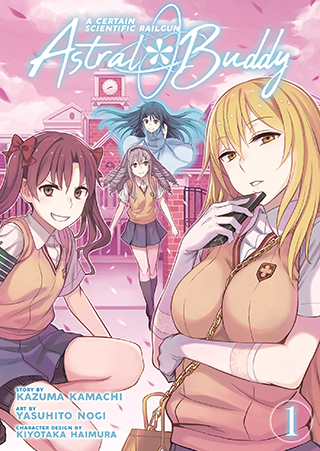 Unfortunately, the Esper powers that are supposed to be central to the plot are not made very visually interesting. It feels lazy, as it shouldn’t be hard to make psychic powers look good and a few random images are cool. In one scene, for example, we see one of the characters as she sees herself, and the result is a flat-out monster. So Fuyukawa is capable of drawing the kind of visual excitement a comic about teenagers with superpowers ought to have, but most of the psychic action is dull.

A Certain Scientific Railgun: Astral Buddy is a competent romance lost in a setting of visually bland superpowers. It doesn’t matter if a character has super strength if all they use it for is firing arrows at a target. The first-ever image of Superman was of him lifting a car! This is only the first volume and the series may improve, but I’m not enthusiastic about reading Volume 2. Maybe if there’s an actual railgun.