[C]Control Puts An Anime Twist On The Term “Economic Crisis.” 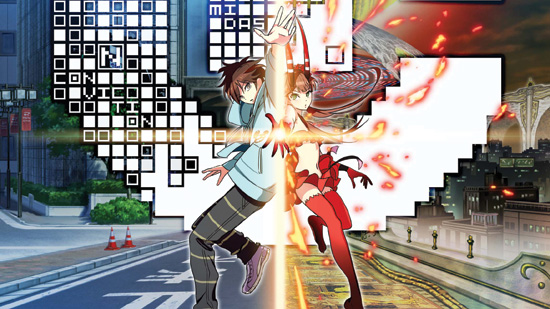 What if you crossed Yu-Gi-Oh! with Kosaku Shima? You might get Noitamina’s [C] Control— The Money and Soul of Possibility, a series that’s at once a reaction to the 2008 financial crisis and a game-ified gambling-for-your-life magic stock market show.

At first glance, I sincerely thought (perhaps foolishly) that I could learn something about economics from Control, or at the very least something about the stock market. Although this art-house looking series does have some thoughtful themes about the economy’s effect on people’s lives, it mostly borrows the language of stock market trades for a system of magic duels held in a separate financial dimension that has real-life consequences. 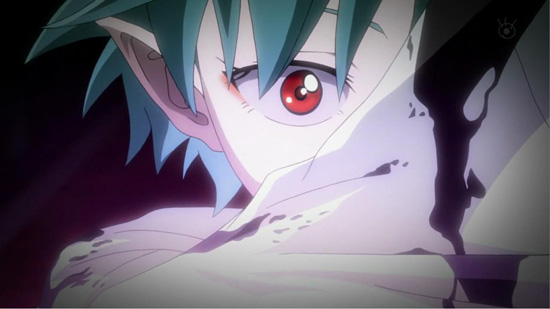 Kimimaro is a college student majoring in economics who just wants some stability in his life. He’s calculated out his future career path for the least amount of risk on account of hating his father’s stock market obsession. Suddenly, one day Kimimaro is confronted by a yellow-eyed magical Mad Hatter fellow who introduces Kimimaro to “The Financial District,” where chosen duelists fight with magic credit cards. (I’m serious.) 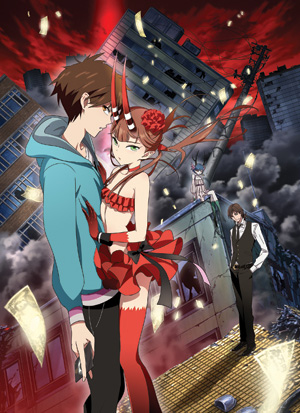 It may sound stupid as I spell out the plot in writing, but I assure you Control is a smart show. Kimimaro’s sidekick and dueling partner is Mshyu, an antelope-horned girl wearing a mid-drift who lives in his credit card. It sounds like an acid trip, but Mshyu’s blasé attitude, steadfast nature in battles, coupled with her cool design makes her an appealing and powerful ally.

Thanks to shows like Shakugan no Shana I have a pet peeve about anime that centers on battles against invisible demons with no realworld consequences. Fortunately for me (and highly unfortunately for the characters), there are many, many real-world consequences for the duels in the Financial District. The “collateral” for all the fights is based on the player’s future, and it isn’t specified in advance. The price for losing could be anything, and I won’t spoil you with who loses what. I will say that’s it’s devastating for the players every single time.

At a scant 11 episodes, Control barely has time to get its points across. Sure, we see Kimimaro grow a little, from being cold and money-obsessed to valuing other people. He may never come to terms with his dead father, but he does begin to understand his father’s problems, as Kimimaro’s dad also gambled in the Financial District. 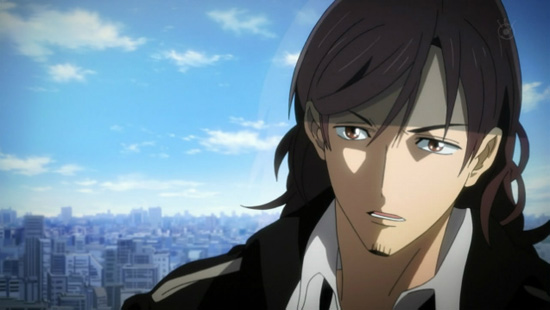 Control winds up fluctuating between two extremes. On the one hand, every time the characters started dueling my husband and I shouted “It’s time to duel!!” (in a Yu-Gi-Oh! narrator voice). Using words like “macroflation” as battle terms (in English, mind you) winds up sounding comical. On the other hand, scenes of characters losing their futures are emotionally very affecting. Control winds up being both laugh out loud funny and heart wrenching all at once. At the very least, it handles the emotional extremes better than some lesser anime I’ve seen.

Perhaps the most intense scenes of economic crisis happen toward the end of the series. Both humans and money appear and disappear as the Financial District fluctuates during an Asian economic crisis. A busy street corner in Shibuya jump-cuts from thriving businesses to a deserted street with closed stores. Kimimaro’s college classes are suddenly depopulated, and it’s unclear as to whether or not his classmates could no longer afford to attend, or if they were never born in the first place. 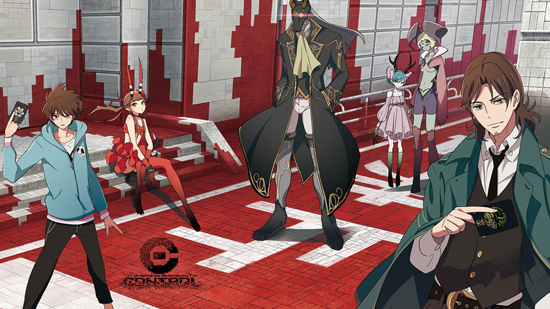 It’s all very affecting to me personally, as I grew up in Michigan in the 1980s. (To learn about why Michigan was having a recession back then read Japan, Inc., a business manga from the University of California Press.) Our small city wasn’t doing too well economically (which is to say, recession on the verge of depression). The local mall was like a fiscal thermometer; in bad times more than half the stores were closed. The recent economic crisis had more far-reaching effects, of course, and Japan has been in a recession since 1991—much longer than the current crisis has been transpiring. It’s easy to think that Control (2011) is a response to the 2008 crash, but it could just as well be about the Asian economic crash of 1997.

Thanks to Control, I can’t help but wonder if I’d be more responsible with my credit card if some tiny, symbiotic magical familiar lived inside it and periodically gave me advice. Maybe that’s neither here nor there. 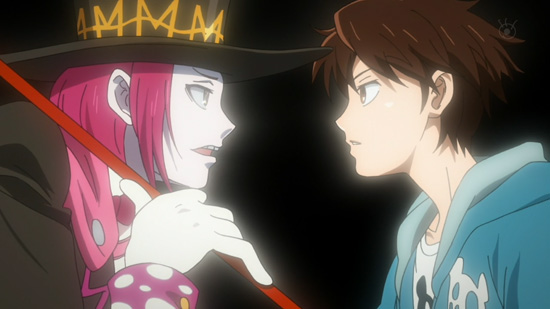 The art of Control is really something different. The show takes full advantage of monetary graphic design, so to speak. Even if you don’t care for this series, it’s worth checking out the opening credits, which move through a 2D digital montage of world currencies and recent history. The character design is also very original and appealing. Masakaki, the Mad Hatter of the Financial District, looks memorably like a super creepy version of, I don’t know, a 19th-century banker.

Control may not quite reach a satisfactory conclusion; in fact, it has an ending bizarrely like the end of Speed Grapher, but I think this show is worth checking out if you want to see something different. If you want to see something really different check out the poetry dueling system in episode six of Chōyaku Hyakunin Isshu: Uta Koi to see what kind of power-ups ancient poets can give you. 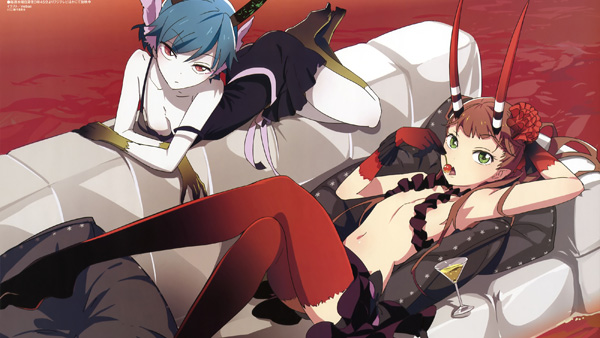 If anything, I was left wanting more. I wish this was a longer series, and there are so few anime you can say that about.

One Piece: Burning Blood Shows Off Its Moves
Spottoon Brings Manga-Style Comics Online Like Never Before