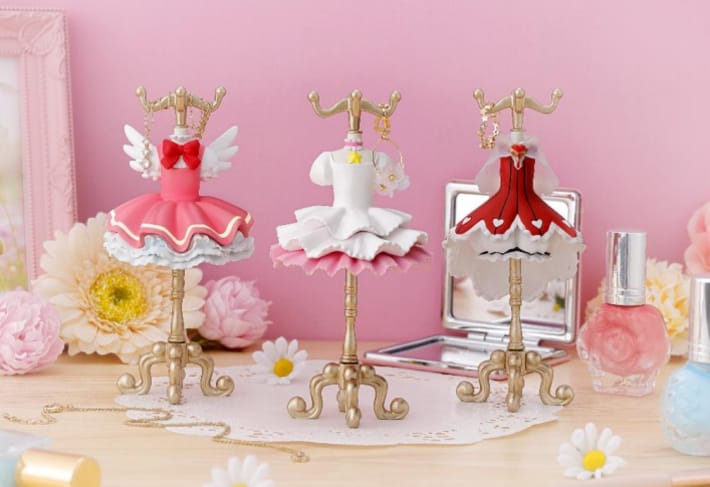 Bandai is coming out with a line of capsule toys called “Capsule Torso” because they involve outfits donned by famous characters in anime and manga. Each toy costs 500 yen (a little under $5) and they can be purchased at Japanese capsule vending machines.

Bandai just debuted their first look at the toy series, and it consists of four outfits worn by Sakura Kinomoto from CLAMP’s Cardcaptor Sakura.

There are literally thousands of items in official Cardcaptor Sakura merchandise, as Guinness World Record holder collector Matthew Emblidge knows. So here’s just a bit more to add to the collections of fans!