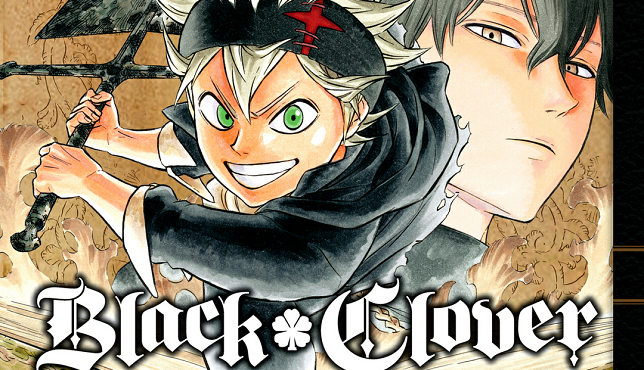 It was just a few days ago that we got word that the upcoming Black Clover TV anime would debut before the end of the year. It wasn’t tough to put two and two together and line that up for fall, and an early look at next week’s Shonen Jump confirms as much.

Black Clover will make its debut this October, with newcomer Gakuto Kajiwara voicing Asta. Nobunaga Shimazaki (Haruka in Free!!) will voice Yuno, which is another change from the cast of the previous special by Xebec. Naruto production house Studio Pierrot is handling the new TV anime.

Jump also has a peek at anime character designs for the leads. 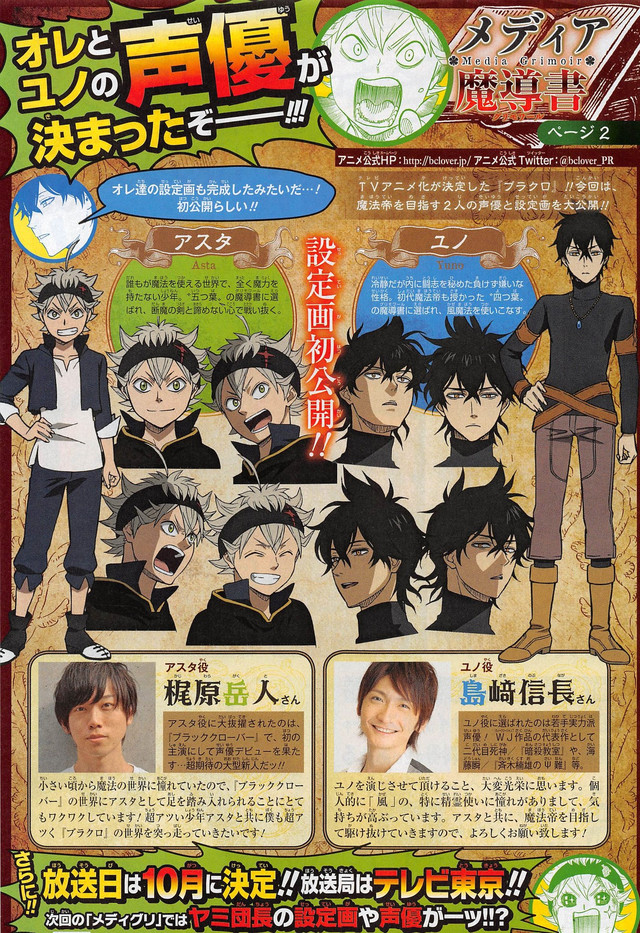