Best of 2015: One-Punch Man Anime Gets It Right 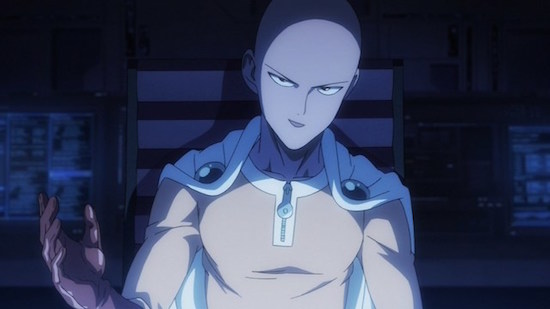 It may not have graced the cover—that honor goes to Akame ga Kill!—but the One-Punch Man feature in the April 2016 issue of Otaku USA, on sale now, is no less significant. Series creator ONE, who started One-Punch Man as a modest webcomic that ballooned in popularity, teamed up with artist Yusuke Murata (Eyeshield 21) to make one of the best currently-running manga, and its success both overseas and in America is a true relief. Expectations were understandably high for Madhouse’s anime adaptation, and now that the dust has settled and all 12 episodes have aired, it’s safe to say they were exceeded.

As Daryl points out in his feature, only the best of the best anime has to offer could have done justice to the lavish art and impeccable timing of the source material. Director Shingo Natsume (Space Dandy, Fullmetal Alchemist: Brotherhood) and his staff turned an already fast-paced manga into a blazing adaptation, with no frame wasted over the course of its run. If hilariously overpowered protagonist Saitama is “someone who’s a hero for fun,” then the One-Punch Man anime gives off the same impression of those behind it. Through all the grueling work it must have taken to bring it to TV screens in its impressive state, the folks at Madhouse still come off like their origin story is simply, “we became animators for fun.” 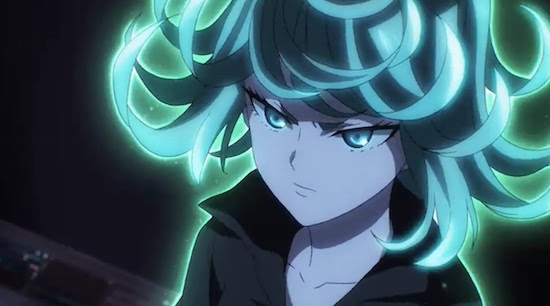 The pacing of the manga ends up translating well to anime. Murata’s already-practically-animated action is even larger on the screen, and the story of superheroes rising within their own ranking system and teaming up to take down increasingly beefier monsters is full of laughs and just the right amount of tension. Daryl mentions that most of the tension comes about as a result of the build-up to Saitama’s single punch that will inevitably wipe out whatever nefarious foe is currently invading one of a handful of frequently-destroyed cities. That holds true throughout the series, with the question of “how will he finish them this time” never leading to an unsatisfying answer.

Saitama’s casually hyper-violent moves punctuate every encounter with style. Other heroes may join in on the action—from Saitama’s eager cyborg disciple Genos to Tornado of Terror and the rest of the imposing S-Class Heroes—but Saitama’s faithful finisher is the exclamation point. To some it may sound anti-climactic, but every other aspect of the show pitches in to make sure Saitama’s contribution is the ultimate climax. It isn’t until the final showdown that we get to see what happens when Saitama faces off against someone of seemingly equal power. Thanks to this the battle against Boros is on par with anything you might see theatrically. As fun as recent Dragon Ball Z movies have been, it’s clear where the power lies now. 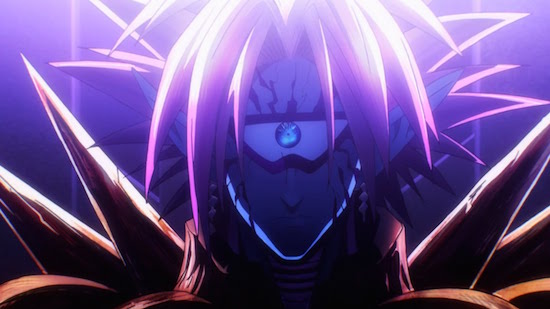 Natsume and the rest of the top-tier talent at Madhouse, including the cast that brings the characters to life, should be commended for the work they’ve done on One-Punch Man. It’s easily one of the highlights of 2015, and hopefully we’ll see Saitama in glorious animated form again in the not-too-distant future. In the meantime, read the manga!

One-Punch Man is available from Viz Media. You can read Daryl Surat’s full feature in the April 2016 issue of Otaku USA magazine.