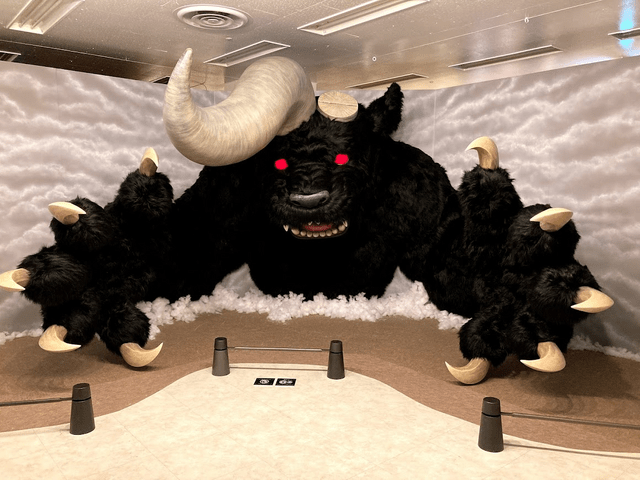 The Berserk manga is back thanks to notes left by the late creator, Kentaro Miura. Fans can also experience more love for the franchise with the upcoming art exhibition “Berserk Grand Exhibition ~ Kentaro Miura’s 32 Years As an Artist ~ Ginza Edition.” The exhibition takes place this fall, between September 21 and October 4.

People who attend will be able to see original manuscript pages of Berserk so they can take in Miura’s actual work. There are also colored pages from the published manga. In addition to that, there will be some huge dioramas, like the Nosferatu Zodd you see at the top of the article.

Dark Horse publishes the Berserk manga in English, and gave this description of the first volume:

“His name is Guts, the Black Swordsman, a feared warrior spoken of only in whispers. Bearer of a gigantic sword, an iron hand, and the scars of countless battles and tortures, his flesh is also indelibly marked with The Brand, an unholy symbol that draws the forces of darkness to him and dooms him as their sacrifice. But Guts won’t take his fate lying down; he’ll cut a crimson swath of carnage through the ranks of the damned — and anyone else foolish enough to oppose him! Accompanied by Puck the Elf, more an annoyance than a companion, Guts relentlessly follows a dark, bloodstained path that leads only to death…or vengeance. Created by Kentaro Miura, Berserk is manga mayhem to the extreme — violent, horrifying, and mercilessly funny — and the wellspring for the internationally popular anime series. Not for the squeamish or the easily offended, Berserk asks for no quarter — and offers none!”