Attack on Titan Battles Alongside Fire Force in AnimeJapan 2019 Visual

Two of the big anime series of 2019 are Fire Force—based on the manga by Soul Eater creator Atsushi Ohkubo—and the second part of Attack on Titan‘s third season. With that in mind, it’s fitting that the series have teamed up for a collaboration visual for the AnimeJapan 2019 event, which will be held March 23-24 in Japan at Tokyo Big Sight.

A clear file featuring the visual will be distributed in limited quantities. Check out the illustration that has Eren Jaeger teaming up with Shinra Kusakabe of Special Fire Force Company 8 below. 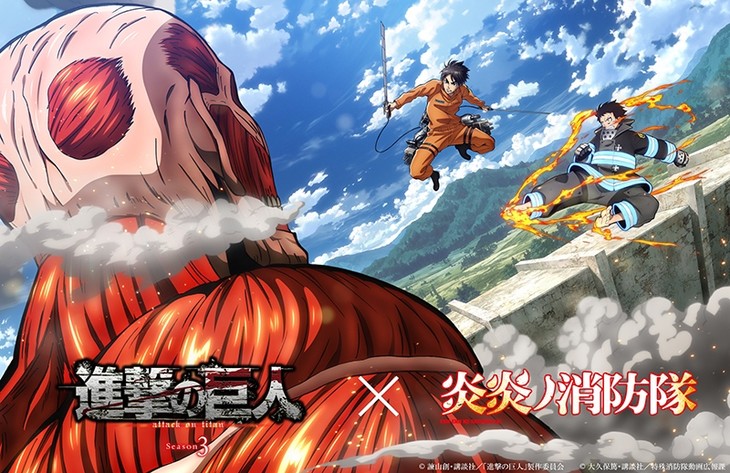 You can see more of what’s going down at AnimeJapan 2019 at the official website.

If you’re looking for a place to catch Fire Force when it debuts, Funimation previously announced plans to stream the series.