With the first of two compilation films on the way and light novels, manga and various spinoffs being released at a steady pace, Attack on Titan fever shows no signs of abating here in Tokyo.

The latest proof Attack on Titan is, uh, titanic is a limited-edition “pop-up” shop running in a mall just outside Akihabara station. The shop, which’ll be open until the end of November, is filled with Titan merchandise, some items pretty conventional and some definitely not (we’ll get to that in a minute) and the chance to win some free prizes. But enough talk: photo time. 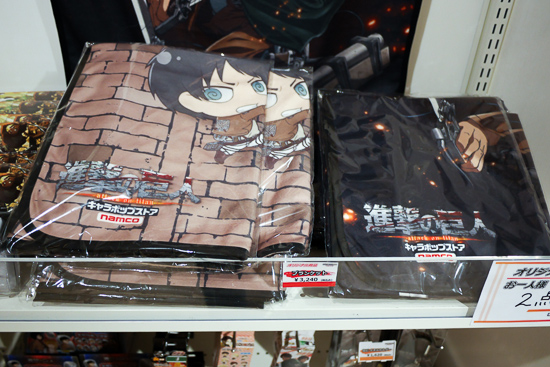 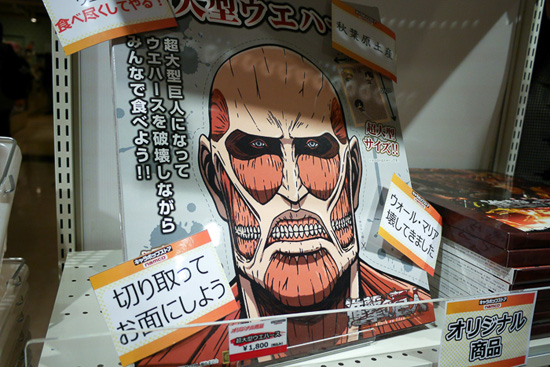 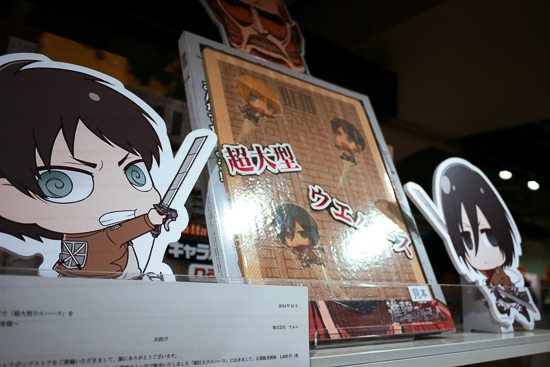 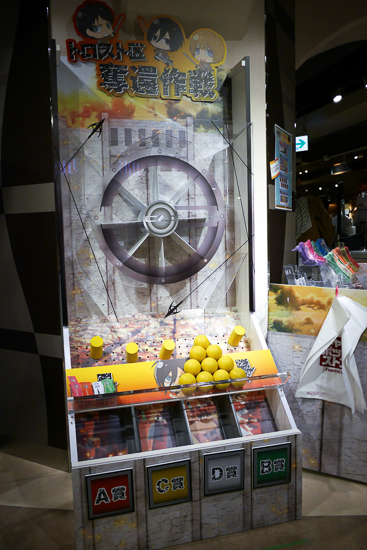 One can pay a few bucks to throw a ball into this contraption and see where it lands – “A” prizes are clip boards, B are clear files, C is a bookmark, and D is a postcard. 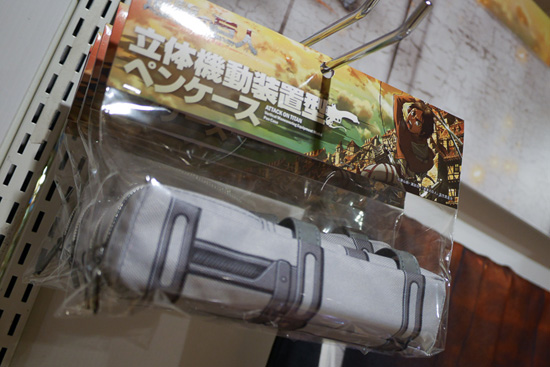 This pencil case is not quite as authentic a replica as this one [https://otakuusamagazine.com/LatestNews/News1/Buy-Attack-on-Titans-3D-Maneuver-Gear-5992.aspx], but it is significantly cheaper. 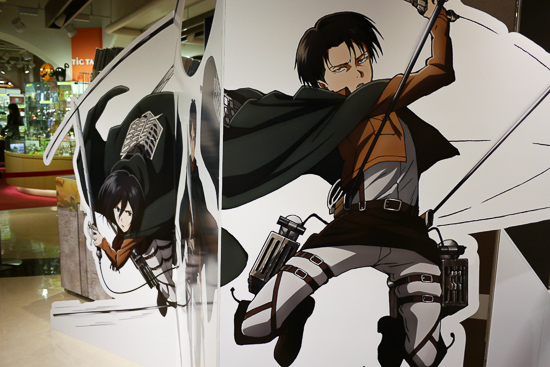 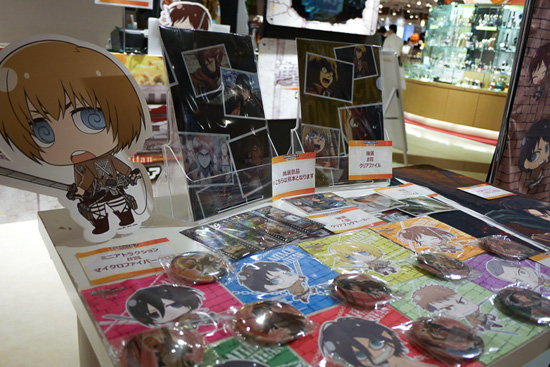 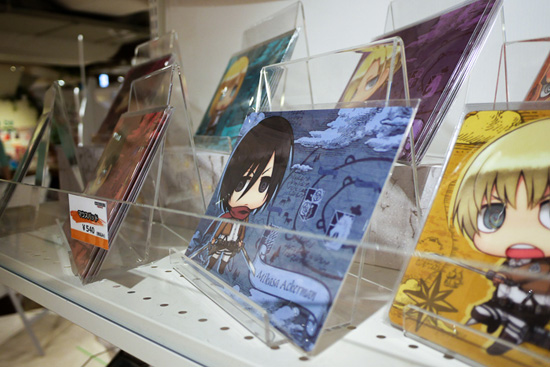 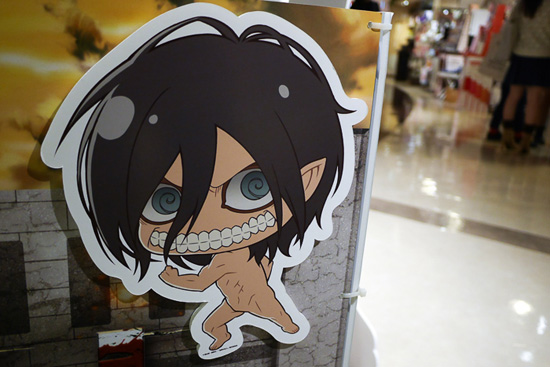 If you’re in Tokyo before the end of November, let me know – I need a partner if I’m going to attempt to eat that titanic wafer.