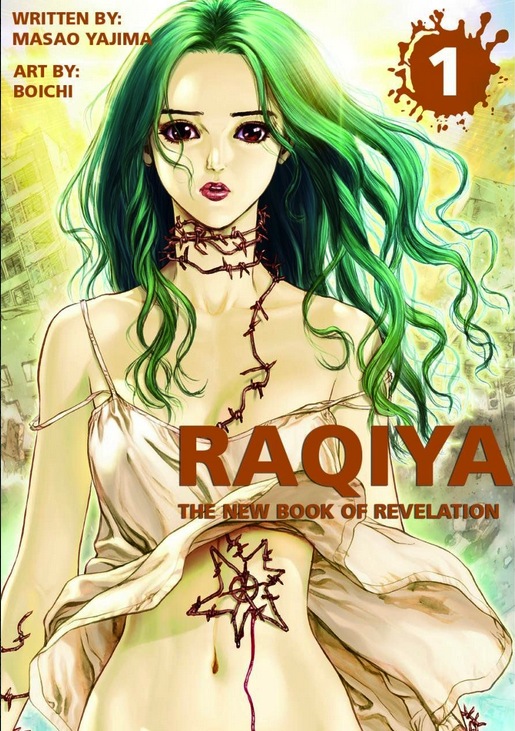 Luna is on a trip to America with her family when the worst happens. A car accident kills her parents and brother in a fiery explosion right before her eyes.

After this, the manga fast forwards to seven years later where Luna is giving a speech in her class about Christianity and the influence it’s had on the globe. After school, she walks home to be with her family.

Yes, her family. All back to normal.

A man confronts Luna. Aware of her past, he demands to know how her family could still be alive.

As it turns out, when Luna was at the morgue where her family’s bodies were, she was visited by a supernatural being who called her the “descendant of Norea.” The being made a contract with Luna to delay the death of her family for another seven years, and they were all brought back to life.

Now that seven years have passed, it’s a matter of time before they’re all killed again. Along with her family, several other characters are in Luna’s life, including a young man who is destined to be a priest, no matter what he says about it. He was adopted by a priest, and part of the deal was that he would have to become a priest as well. The first volume of this manga is set up with plenty of mystery and little explanation, though we do know that something is happening with the end of the world, and that the manga draws heavily on Gnosticism.

The stunning art in Raqiya: The New Book of Revelation really stands out. Boichi is a Korean-born artist, and some manhwa influences can be seen in the art, such as the way the eyes are drawn. Boichi can nail a comedic scene with a lighter use of his pen, but he can also go into great specifics. Faces really come to life, and details that might be passed over quickly by other artists — like water falling from a shower head — are brought out in gorgeous, painstaking detail. The art is a feast for the eyes.

Raqiya is not rated, but some of its gruesome and sexual imagery would mean it’s not for young readers. While the art steals the show, there’s still enough mystery going on to make readers want to check out the next volume and see where things go from here.