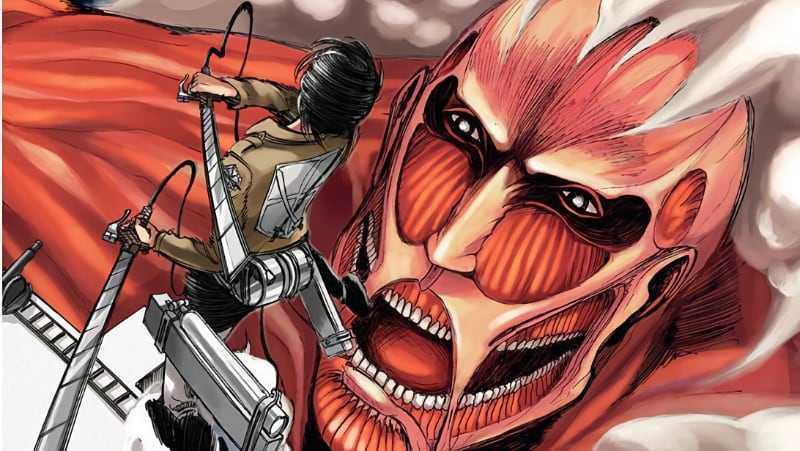 One of the most popular manga of all time is coming to an end. The final chapter of Attack on Titan will run in the April 9 edition of Bessatsu Shonen Magazine, it was announced today.

We’ve been hearing for quite a while that Hajime Isayama, the creator of Attack on Titan, was close to completing the manga, but now we finally have a date.

The final collected volume of the manga, the 34th, will ship June 9.

Attack on Titan began life as a one-shot in 2006, and has been serialized in Bessatsu Shonen Magazine since September 2009.

It’s spawned four seasons of anime, with the final season airing now, live-action films, video games, spinoffs and more. The manga has over 100 million copies in circulation, making it one of the best-selling manga series of all time.

The manga is published in English by Kodansha, which describes the first volume like this:

Humankind is down to just a few thousand people who live in a city surrounded by three concentric walls. The walls protect them from their enemies, the ravenous giants known as the Titans. The Titans appear to have only one purpose: to consume humanity.

For one hundred years, what’s left of mankind has lived in the city on earth, protected by walls that tower over even the Titans. Untouched by the Titans for a century, humanity has become complacent. But Eren Jaeger has had enough. While his fellow citizens are content to hide, Jaeger has the passion to take action to not only protect the city, but to learn what the Titans actually are. On his first mission he comes face to face with horrors beyond his imagination… and secrets from his own past that could shift the tides of war.

View all posts by Matt Schley
7SEEDS Season 2 Ending Plagiarizes Beyond the Boundary
Which Anime Sold the Most Merch in 2020? You Can Probably Guess