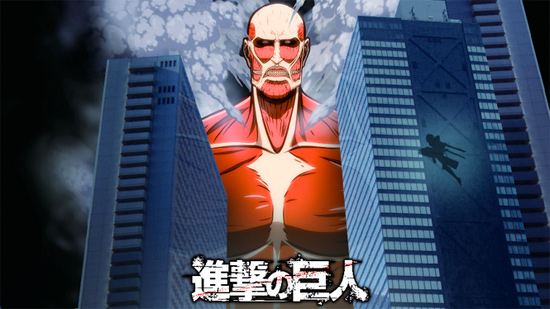 If you’re a fan of Attack on Titan, this may be one of those articles that has you packing your bags for a trip to Japan. 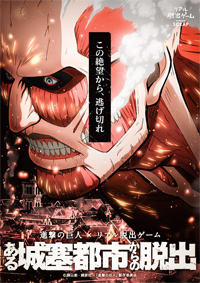 Firstly, this April, the series’ infamous Colossal Titan will rampage through the streets of Kawasaki, just south of Tokyo, thanks to 3D projection mapping technology. The company behind the project is Naked Inc., a visual effects firm who previously projected an impressive 3D show on the face of Tokyo Station.

The second Attack on Titan event, a “Real D” interactive game, will be making its way through various cities in Japan in May. For 3,000 yen (about 30 bucks) participants will attempt to “escape a citadel” by solving a puzzle and “feel like they’re in the world of Attack on Titan.”

Previously, similar “escape games” have been held in Tokyo, including Evangelion and Lupin versions. Supposedly these are quite difficult, with only about ten percent of participants able to successfully solve the riddle.

So, hardcore Attack on Titan fans: isn’t it about time you moved over on over here?