Another Monster One Piece Arc Comes to a Close

In the latest issue of Otaku USA, we feature a One Piece cover story that deals with the current goings-on of the anime and its latest film incarnation, One Piece Film Z. As a bonus, we’re doing the same with the manga here, so check out the magazine and the story below for the full scoop on Eiichiro Oda’s epic yarn!

With the Punk Hazard story arc wrapping things up neatly in the pages of Weekly Shonen Jump, I think this finally represents the first time I’ve seen a One Piece saga through from beginning to end chapter by chapter. It’s kind of thrilling, kind of frustrating, but, as tends to be the case with Eiichiro Oda’s wildly enthusiastic series, it ends up being pretty satisfying.

This speaks even further to the allure of Viz Media’s now-simultaneous digital Shonen Jump, while also bringing one of its chief weaknesses to the forefront. I would love to talk to someone who started reading One Piece recently; diving into its pages as recklessly as Luffy himself. I don’t have to guess how they feel, though. I’ve thought about returning to series like Naruto before—it’s right at my fingertips after all, right?—but it’s just too overwhelming. I may have read a hundred or so chapters years and years ago, but even to a mildly experienced reader these long-running series may as well still be in Japanese at their current juncture. 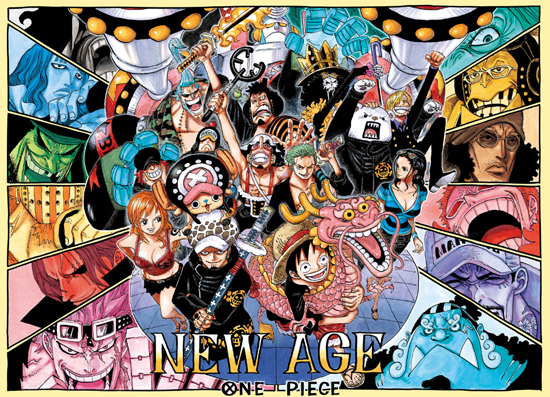 That’s why One Piece might just be at the perfect jump-in point. Or at least as perfect as it’s going to get for a while. Sure, there are dozens of characters to get familiar with, but at least the sea is opening up again and no one but Oda (and his editor and probably some other folks sworn to secrecy under pain of death) has any idea which direction the story might steer toward next.

There’s still a bit of mop-up to get through, but the meat of Punk Hazard runs from chapter 654 to chapter 696. Let’s extend it to a clean 700 or so and I think we’ll be right about on the nose. In the grand scheme of things—Oda’s manga has been running since 1997 and has spanned over 25 arcs—that’s not too daunting, but it still represents about a year’s worth of content. All said, though, it’s not a bad place to start since it’s the first full arc of the New World Saga.

After responding to a distress call—which pulls them off course again, ensuring this series could potentially go on forever without ever crowning a King of the Pirates—Luffy and the rest of the Straw Hats find themselves on an island called Punk Hazard. This isn’t your average island, of course; one half is an inferno, complete with a roaring volcano, and the other is frozen through and through, Chilly Willy style. (The reason behind this is too rad to spoil here.) Mysteries unfold in rapid succession; at least that’s how I imagine I’d feel if I were reading this in an upcoming collected edition. As it stands, there’s still enough intrigue from week to week to keep things interesting on Punk Hazard. 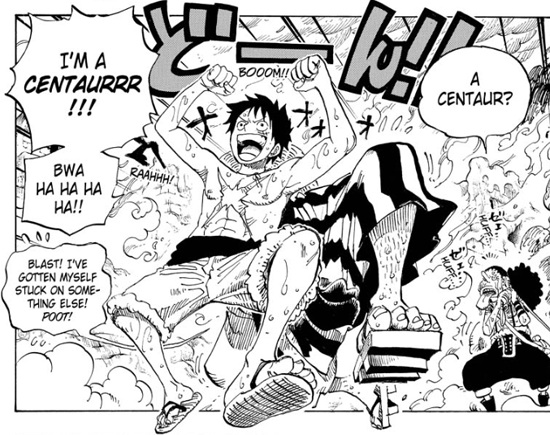 From the start there’s the source of the distress call: A samurai that’s apparently been attacking folks on the island. Naturally, the samurai’s body is split up into multiple parts scattered across the island, and the crew ends up helping him out in his quest to put himself back together and find his missing son, Momonosuke. The center of every mystery on the island lies in one of Dr. Vegapunk’s abandoned research labs, a frozen steel monstrosity that houses the horrifying ambition of Vegapunk’s former colleague, Caesar Clown.

The lab is also home to a nursery full of giant children, and it eventually becomes clear that their growth is a result of an experimental drug Caesar has them hooked on, thus providing the greatest impetus to demolishing this foe once and for all. It all builds toward a ticking clock scenario centered on Caesar’s poisonous weapon of mass destruction, as everyone races to escape the deadly lab and Luffy steels himself to take on the gas-bodied Caesar. It has all the staples of a good One Piece arc, and while there are times you might wish they would hurry up and move on to the next event, it wraps in typically spectacular fashion. 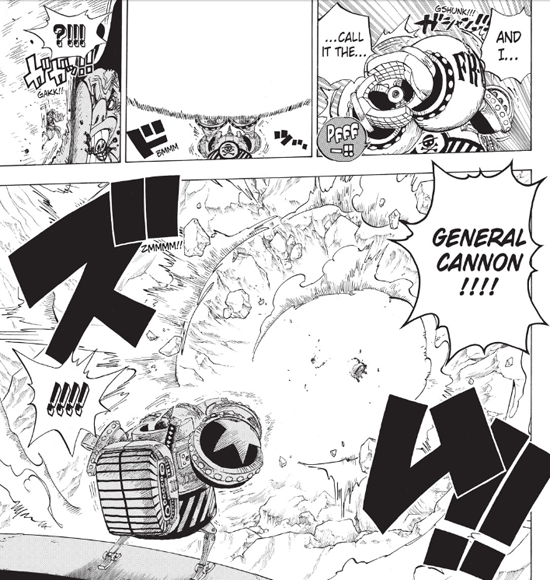 Looking back on the arc while running the events through my head made it apparent just how much transpired over the course of 50 or so chapters. New characters are introduced, familiar faces pop up in unexpected places, and, regardless of how heated things get at times, Oda manages to keep the jokes firing off at a rapid pace. After having read everything else in a marathon format, it’s tough to completely assess Punk Hazard, but it’s as refreshing as ever to be entering uncharted territory with the series once again.

I don’t know that it’s possible for Viz to come up with the perfect way to catch new readers up with everything that’s transpired in this and the other major Shonen Jump series. They have a free starter pack, and it’s definitely in the right direction, but will there ever really be a proper substitute for sitting down and, gulp, reading stuff like One Piece from the very beginning? Not likely. I put off catching up on One Piece for years, but I’m glad I finally did, and I can’t wait to see what happens next.