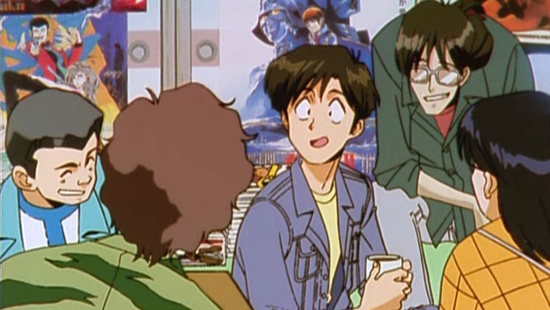 Just a few weeks ago we were praising Otaku no Video for being the first “anime about making anime” meta show, predating Shirobako by a couple decades (its 25th anniversary is coming up, actually). Evidently AnimEigo has noticed these parallels as well, as it’s decided to capitalize on the current popularity of such subject matter by mounting a blu-ray release of Gainax’s “otakular” seminal OVA. It helps that an HD transfer was already created for the Japanese blu-ray released last year. 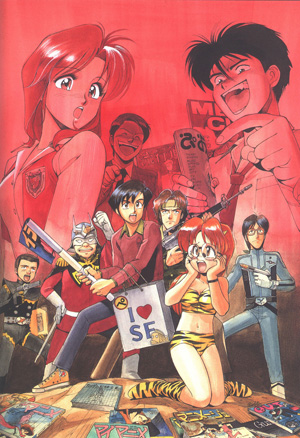 For those of you worried this project will fall through like Harmony Gold’s Robotech Academy project, fear not: AnimEigo has done this before. Their Bubblegum Crisis blu-ray kickstarter in 2013 culled 2,175 backers and nearly doubled their original goal at over $150,000 in funds. Of course, no one is totally infallible, but we have to assume that AnimEigo is getting good at planning these by now.

The Otaku No Video campaign launches next month, offering the special “Otaking Edition” to backers containing both the original 1982 episode and the 1985 Zoku Otaku No Video in Japanese with English subtitles. Two subtitled commentary tracks are also planned, featuring Gainax founder and president Hiroyuki Yamaga, producers Hiroki Sato and Shouji Murahama, as well as voice actress Kikuko Inoue. The release is planned to be region-free and thus available to everyone in the world outside Japan. Stretch goals beyond the initial $40,000 would focus on new artwork and graphics by character designer Kenichi Sonoda.

– Anime About Anime: A Primer
– Shirobako’s Real-life Counterparts
– Japanese Crowdfunding Grows Up
– Miyazaki Describes the Type of Otaku He Hates Most
– What is an Otaku?