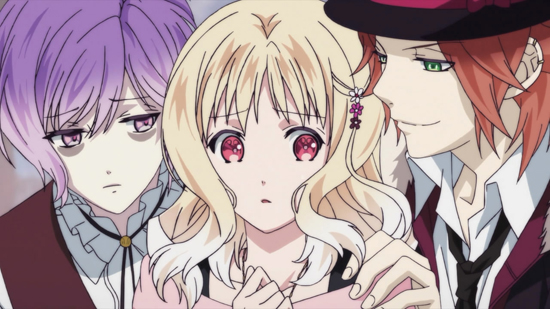 Diabolik Lovers is an anime adaptation of an otome visual novel franchise, and the way one approaches this title could have a real effect on how one ends up feeling about it. The main character Yui is a high school girl who goes to live in a mansion at the behest of her father. There she meets six very sexy young men who, in addition to being brothers, all happen to be vampires. Shu is the oldest brother, and probably the laziest. Reiji is the second oldest, and his interests are whips and teatime (not necessarily in that order). Ayato is the rude grabby one who calls Yui “Pancake” for being flat chested. Kanato walks around with a Teddy bear that has an eyepatch, like some really warped version of Ouran’s Honey in a different universe. Laito is the one with the fedora who seems to think women like being called “Little Bitch” (give you a hint: they don’t). And Sabaru, the last vampire, punches the wall when he gets angry. 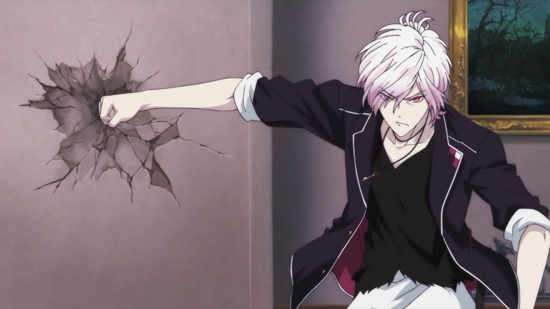 We get to know each of the vampires’ personalities, though not so much Yui’s, because Yui doesn’t have much of a personality. For the most part she stays good-natured even when the boys could really use a good stake in the heart. All the vampire brothers have different degrees of sadism (but what do you expect in an anime that opens with a song called “Mr. Sadistic Night”?). And here is where we get to Diabolik Lovers’ conundrum. The anime works as a sadistic, Gothic, primal horror story. But it doesn’t work as a relationship anime, because all the vampires have, well, really lousy personalities. It doesn’t matter how hot a guy is—if he starts in on any of that “Your body belongs to me, you belong to me” talk, that’s not sexy. That’s abuse, and the way they treat Yui is not acceptable in any sort of relationship.

If someone approaches Diabolik Lovers expecting something romantic, they might soon be really upset. If someone approaches Diabolik Lovers wanting a horror anime that happens to have hot guys, then they might be in the right place. Horror is meant to touch on forbidden things of the subconscious; it’s meant to bring out things that make the audience uncomfortable. It’s okay to be inappropriate and dark in horror, because it’s fiction, and it’s an outlet. The importance is understanding the difference between the two. How someone would feel about the anime after being immersed in the visual novel is not something I can say, since I haven’t played it. All of this is an assessment based on coming at the anime with a clean slate. 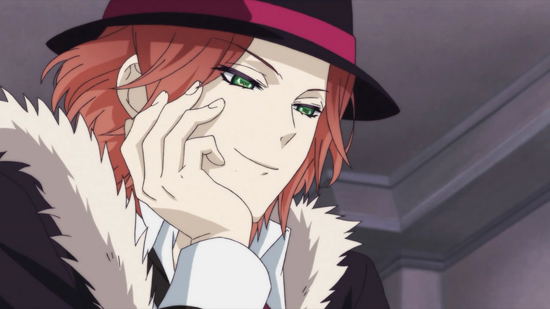 Diabolik Lovers is trying to mix sexy things with awful things, and it comes up with a mixture that will fascinate some and turn others off. It’s not an especially plot-heavy story, but it does have some plot and some background. And while it’s fairly simplistic, there is something about it that can touch on primal nature. It’s lushly animated, and each episode runs at about fifteen minutes.