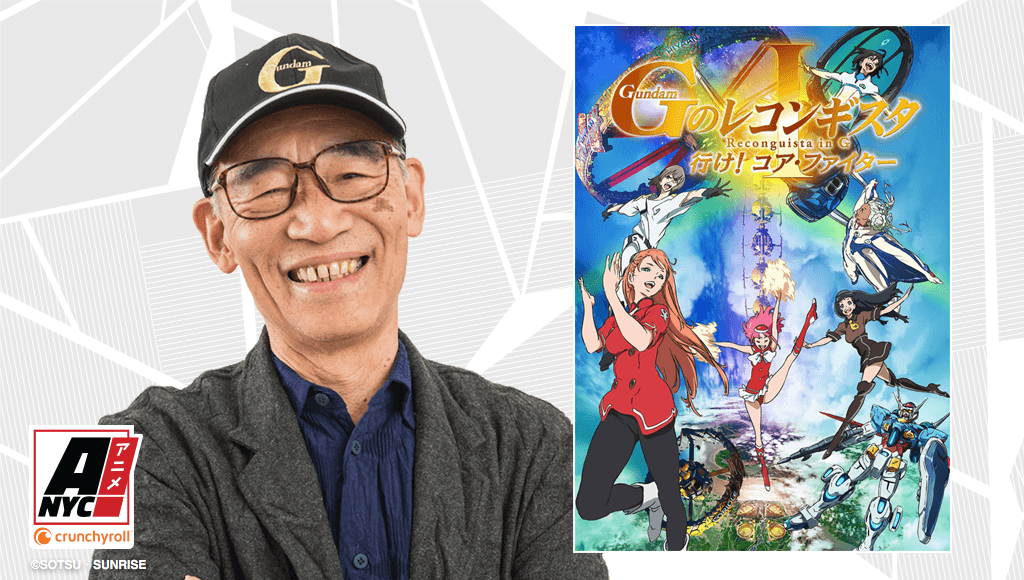 Anime NYC had a huge guest announcement to make today. Since the Mobile Suit Gundam franchise is celebrating its 40th anniversary, it’s only appropriate that the mind behind it all, Yoshiyuki Tomino, gets in on the fun at this year’s event.

Tomino will be an Official Guest at Anime NYC 2019, which takes place November 15-17 at New York’s Javits Center. This will be his only US appearance to commemorate the milestone, and he’ll be available for panels, autograph sessions, and other special events.

Here’s more on Gundam and its creator from Anime NYC’s press release:

The original Mobile Suit Gundam television series debuted on April 7, 1979 and told a unique story about the horrors of war and towering humanoid weapons called “Mobile Suits”. The success of Mobile Suit Gundam would go on to inspire over 20 television series, 10 movies, and a toy line centered around “Gunpla” model kits. Over 500 million Gunpla models have been sold around the world, and Gundam is one of the top 15 highest-grossing media franchises on the planet. A live-action Gundam film is currently in development at Legendary Entertainment.

Other aspects of the 40th anniversary celebration at NYC include the final US contest for the 2019 Gunpla Builders World Cup. The winner will go on to compete in Tokyo against model makers from around the world, including Japan, Australia, Italy, France, China, South Korea, Taiw