﻿OF COURSE There’s a Girl Online!

Log on for a look at the in-game and real-world dynamics of And you thought there is never a girl online?! 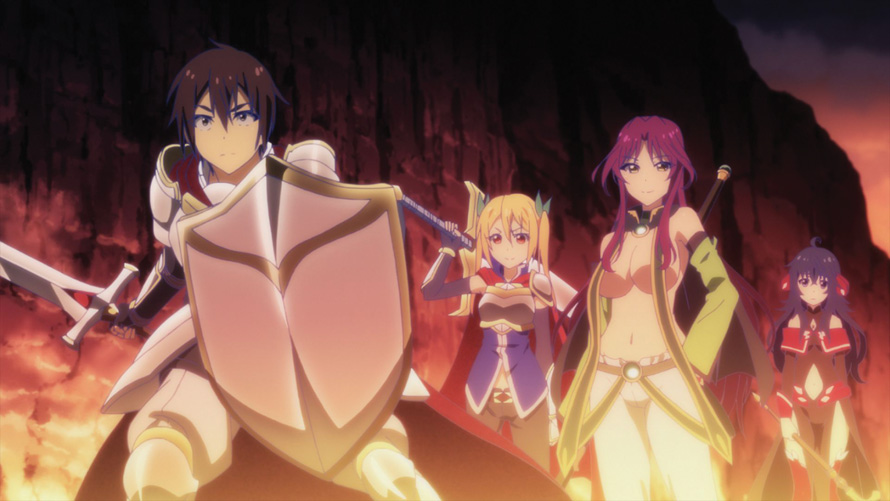 Roughly half of gamers are women, but you wouldn’t know it when asking the average person. Most people are still caught in the same antiquated mindset that women just aren’t interested in games. It’s an idea that’s certainly not true, as we all know (especially yours truly) but it’s still something that’s perpetuated in media and throughout social circles. That’s why And you thought there is never a girl online? is so interesting. It follows one teenage MMO player who was burned before when he decided to propose to a woman in his favorite MMORPG, Legendary Age.

After he discovers the marriage is a “sham,” as it were, with the woman confessing she was actually a man, he decides online marriage just isn’t for him. The next time he ends up falling for an online marriage, he ends up discovering a hilarious secret. Every one of the players he hangs out with online, even his “bride,” is a girl. What’s more, they also attend this guy’s school. If that sounds like an absolutely crazy ride, that’s because it is. Welcome to And you thought there is never a girl online? 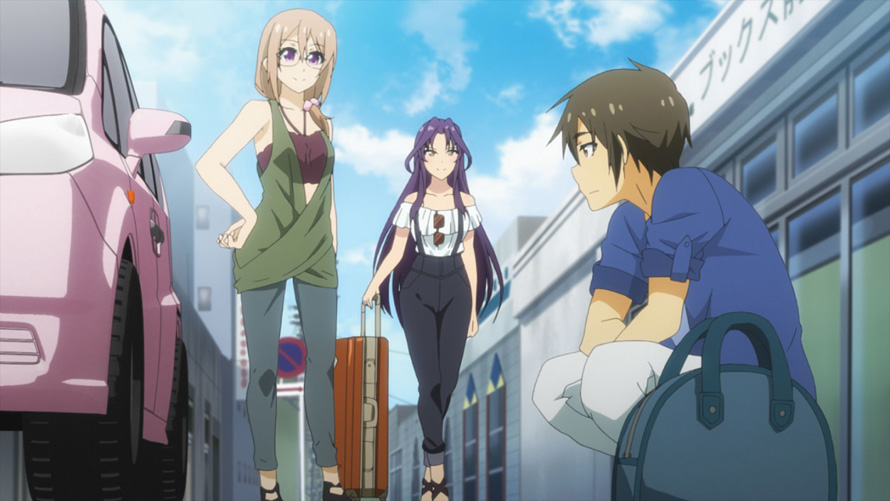 Meet Hideki Nishimura, our teenage protagonist. He’s obsessed with the game Legendary Age, or LA, as it’s abbreviated, and the star of the show as the character Rusian in-game. Of course, he’s a good-looking guy in the confines of the game, so he’s got characters flocking to him as usual. As a male knight, he plays with a few different people, several of whom who use female avatars. But while he plays with other characters with female avatars, he doesn’t actually pay for the things the free-to-play game features, preferring to keep it free and stay with the trappings that come with the system. He plays in the Alley Cats clan with both players Schwein and Apricot.

So it stands to reason that he’s in a clan to get things done quicker. As mentioned before, one day he ends up proposing to a female clan member who outs himself as a man. From then on, Hideki swears off marriage in-game. But there’s one girl who keeps sending him marriage proposals over and over again. He gets so many of them that he finally accepts one just to get her to stop sending them. 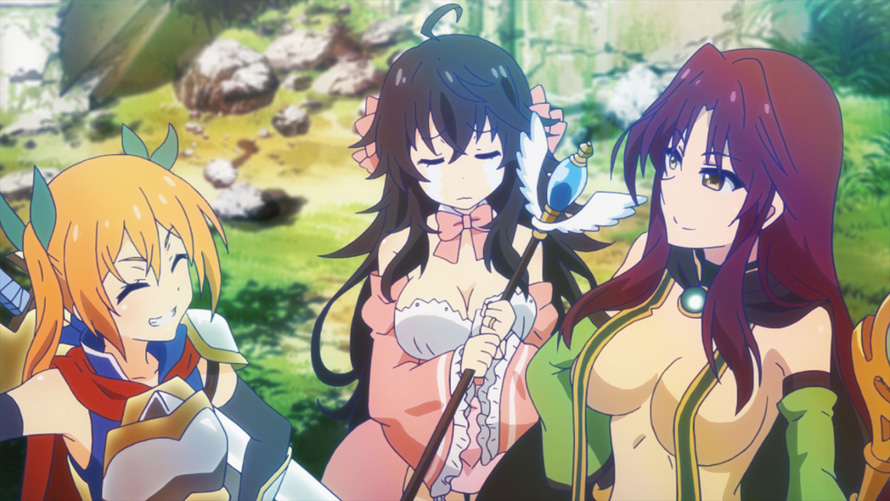 Once he finally accepts, things are kosher for a while, and the clan plays happily together, even if Ako seems a little obsessive about Hideki in ways that don’t seem very normal. Guild member Apricot eventually proposes that the clan meet up in real life, which opens a startling new can of worms for the closet gamer Hideki, who’s always hounded by the student council president and other students because he’s constantly playing games. As it turns out, they’re both gamers and his clan members. Both Akane Segawa and Kyo Goshoin are the same people he’s been playing with the whole time. Convenient, right? What’s more, player Ako is actually a real girl named Ako Tamaki, and she’s just as crazy about Rusian in real life as she is in-game.

And you thought there is never a girl online? plays off the fact that not only are the clan members Hideki plays with girls, but so is the very one who obsesses about him. They’re all awfully cute and go to the same school, too. Ako Tamaki is a gorgeous but dreamy and shy girl who’s already Hideki’s wife in-game, but has difficulty differentiating between the real world and the video game world. She misses school quite a bit, not because she’s sick or has family issues, but because she’s always playing Legendary Age.\ 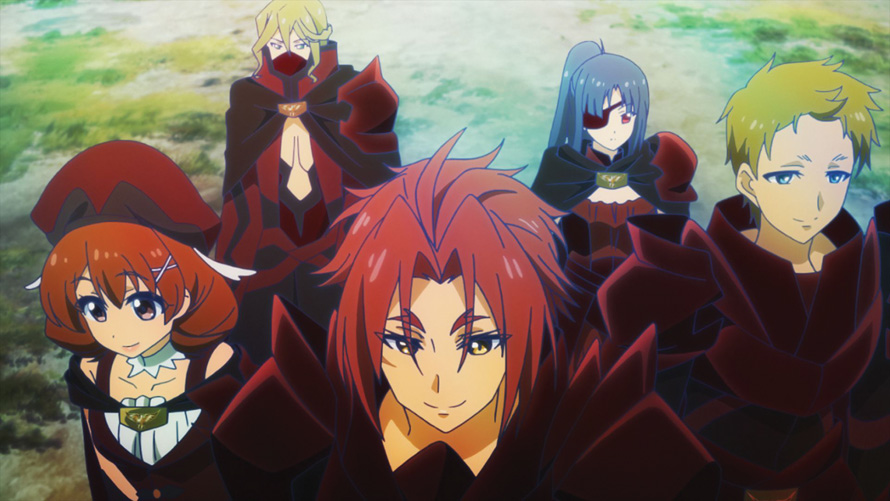 She’s addicted, and she can’t stop playing the game long enough to do well at school. She’s a bit of a loner, but she does spend time hanging out with her friends and guildmates, calling them by their in-game names and referring to regular people at school as “normies.” This bizarre behavior is shockingly acceptable to Hideki, who eventually forms a relationship with Ako as the series wears on, though he’s constantly trying to help her stay grounded in reality.

Then there’s Akane Segawa, who goes by the name of Schwein in-game, which is actually German for “pig.” It’s certainly not a name she chose for herself on purpose, so when she finds out from fellow player Kyo in the real world, she’s clearly upset. She’s a flashy, popular girl at school, with blonde hair and twintails, which kind of makes sense when you think about the other name for that hairstyle: pigtails. She doesn’t have time for otaku or gamers, despite being a gamer herself, and is always trying to make Hideki feel bad for the hobbies he enjoys. Of course, this makes her a bit of a hypocrite, as it were, especially since she often tells guys who confess to her that she’s busy or not interested because she wants to have more time to play games. 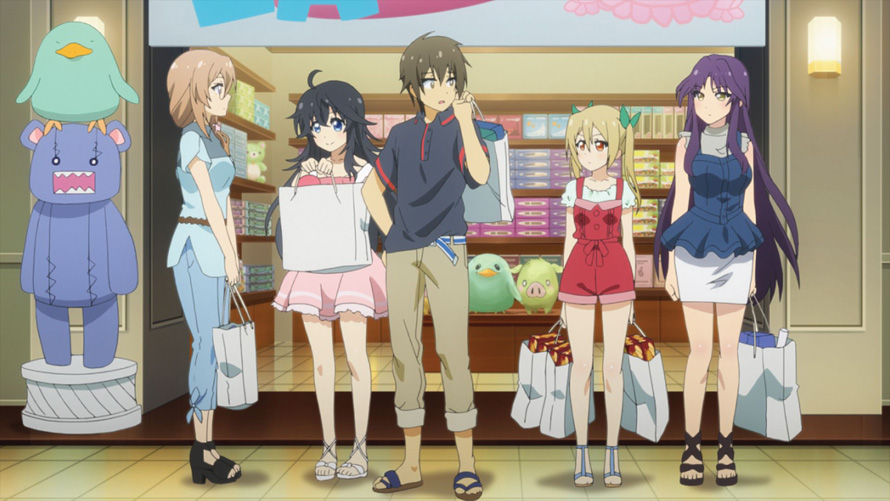 Kyo Goshoin, or Apricot in-game, is the student council president at the school Hideki goes to, and is the leader of the Alley Cats clan. Long black hair and a serious demeanor hide how much in-game currency she spends to boost her character, which she saves up money to deck out on her own. She’s in charge of the school’s game club in real life, and a little bit of a loner since her time with her family leaves her without much time to spend on building friendships.

All three of these women, of course, are vying for attention when it comes to Hideki in and out of the game, but Ako is the most engaged and willing to try anything to have him return her affections. There are other characters involved as well, such as Akane’s friend who’s a closeted gamer, and Hideki’s teacher Yui Saito, who’s actually hiding an important secret that’s revealed later on in the show. It’s a massive one. 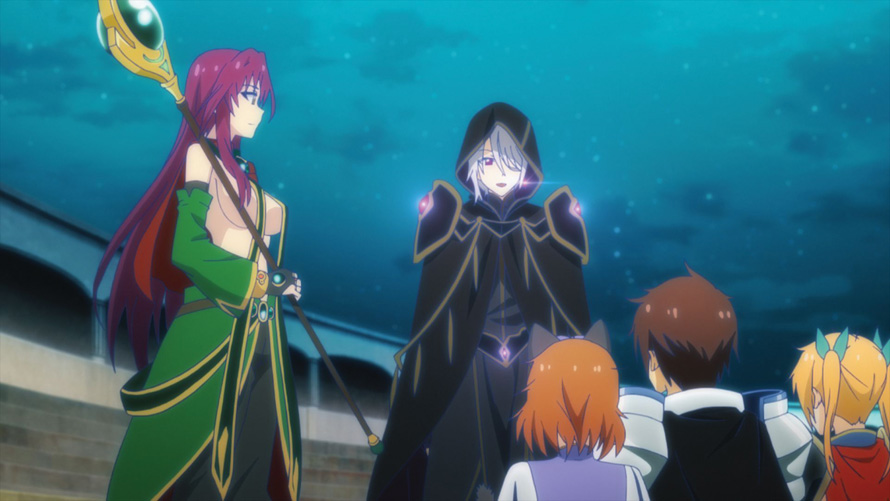 While all the characters happily play LA together, there is no shortage of mishaps in the show. For example, Ako is in the business of stalking Rusian in the game when he starts talking to another character for advice, and Ako subsequently deals with learning what kind of relationship-related actions are appropriate in the real world and in the game. Slumber parties, game training camps, and even hackers who end up getting into Hideki’s game account plague the team as Hideki works to make Ako better understand how the real world works.

While it’s a comedic circumstance in the show, it can be disheartening to realize that poor Ako has such a tenuous grasp on real-world interactions and concepts, but it’s refreshing to see a character like Hideki constantly trying to help her out and bring her back, reining her back in a bit as do the girls in School-Live! And you thought there is never a girl online? triumphs in that respect, not only building a harem for fans to follow, offering fanservice for viewers and suggestive situations, but giving viewers a sympathetic lead who’s clearly not only “in it for the girls.”

If you’re looking for a series that revolves around girl gamers, MMORPGs, and the people who play them, And you thought there is never a girl online? is an excellent example of a show that gets the idiosyncrasies of online play down to a science, right down to the fact that women make up just as much of the online gaming ecosystem, if not more. And if Ako’s any indication, many take it even more seriously than real life.

And you thought there is never a girl online? is now available on home video from Funimation.