An Archdemon’s Dilemma: How to Love Your Elf Bride Anime Announced 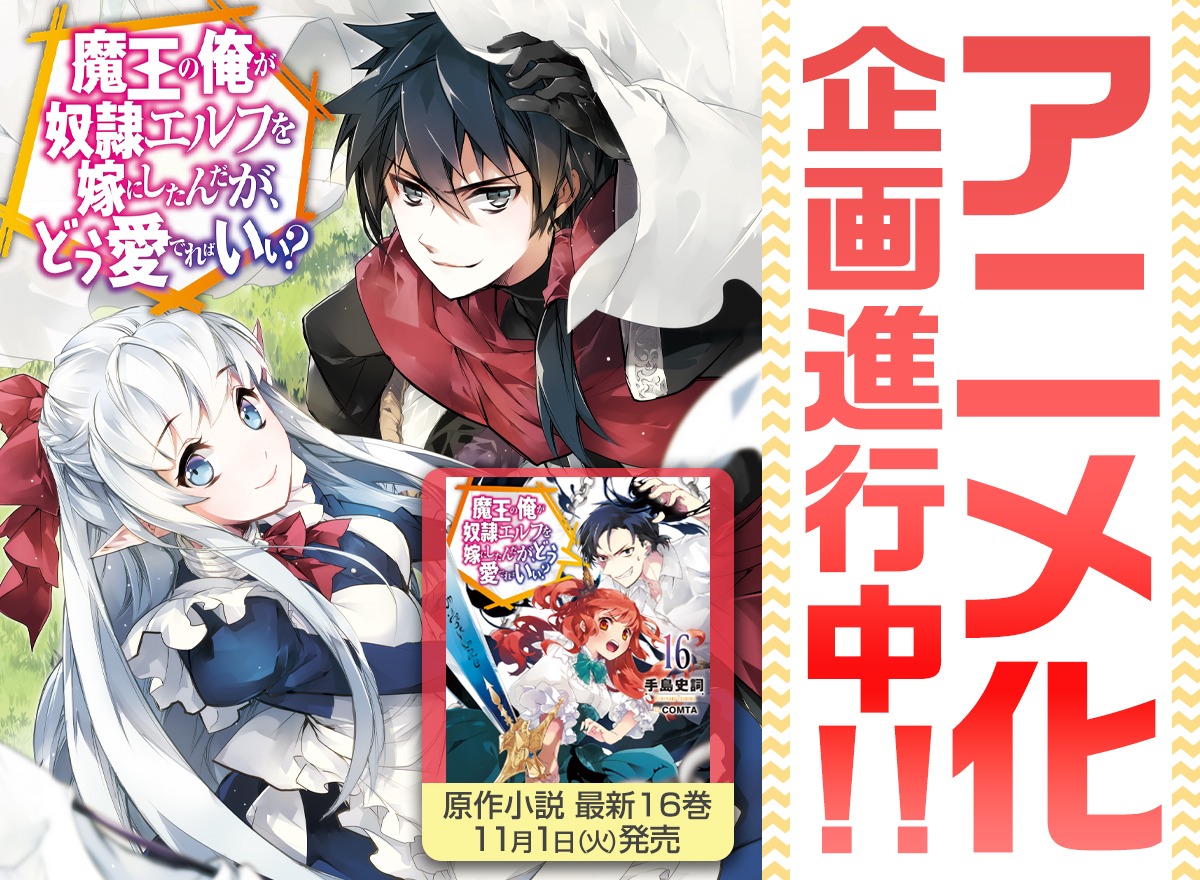 Fuminori Teshima and COMTA’s An Archdemon’s Dilemma: How to Love Your Elf Bride light novel series has been in publication since February 2017, and now it’s getting ready to make the leap to the screen. An anime adaptation has been announced, with more information on the cast, staff and more to come in the future.

There’s currently also a manga adaptation featuring art by Hako Itagaki. J-Novel Club publishes the light novels in English and sums them up below:

Zagan is feared by the masses as an evil sorcerer. Both socially awkward and foulmouthed, he spends his days studying sorcery while beating down any trespassers within his domain. One day he’s invited to a dark auction, and what he finds there is an elven slave girl of peerless beauty, Nephy. Having fallen in love at first sight, Zagan uses up his entire fortune to purchase her, but being a poor conversationalist, he has no idea how to properly interact with her. Thus, the awkward cohabitation of a sorcerer who has no idea how to convey his love and his slave who yearns for her master but has no idea how to appeal to him begins.