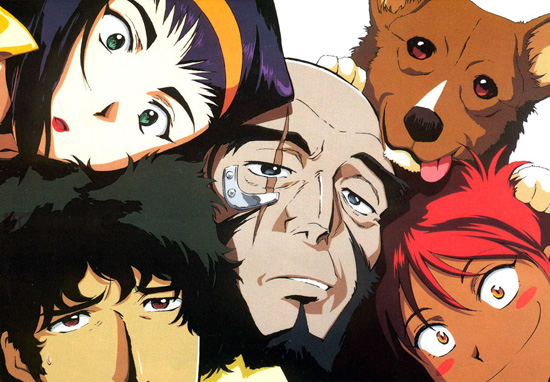 Toho Cinemas in Roppongi, Tokyo, will be celebrating the upcoming release of the seminal Cowboy Bebop on Blu-ray with an all-night event entitled Cowboy Bebop Night Selection. The event, set to take place on October 13th, will consist of screenings of some of the series’ best episodes, plus reflection on the making of the series by some of its cast and crew.

Cast and crew expected to attend include Kouichi Yamadera (Spike), Unshou Ishizuka (Jet), Megumi Hayashibara (Faye), Aoi Tada (Ed) and scriptwriter Dai Sato. Tickets will go for a steep 4,500 yen ($57), assuring the attendance of only the most serious of space cowboys.

Cowboy Bebop is set to be released on Blu-ray in Japan later this year. It originally debuted in 1998, airing only half of its episodes due to controversy over its violent content. The entire series later ran on satellite TV station WOWOW and became a hit both in Japan and the U.S., where it aired on the then-nascent Adult Swim.