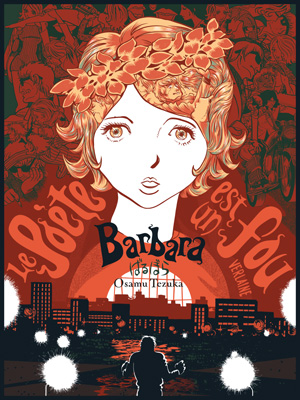 Happy official-first-days-of-Autumn! Just like I used the summer heat as a reason to stay indoors and read more manga, so too will I now use the cooling days as further reasoning also (not that we need a reason to coop up surrounded by dozens of amazing books, of course). Now what do we have to kick off the chilly season…

Digital Manga’s fully Kickstarter-funded title, Barbara, hits the market today, available to purchase for all. I’ve read a lot of mixed feelings about this one since it first became available to Kickstarter buyers a while back, but it’s only made me more curious. Digital Manga describes it as “…Tezuka’s most psychological and unsettling work, shattering the fine line between art and madness with masterful precision.” The story is about an author who finds a young woman out on the streets and takes her home, only to be caught up in his obsession learning about her. Barbara is a one-shot collection with the whole story in one-go, making it another easy and presumably worthwhile purchase for your Tezuka bookshelf (or bookshelves as the case may be these days!).

Keeping up with their company’s bread and butter, Digital Manga is also releasing the seventh volume of Tyrant Falls in Love. The relationship between Morinaga and Tatsumi continues to crawl forward at an entertainingly agonizing pace. Now that the two are living together, I’ve no doubt we’ll see a lot of amusing events come of it.

Another fan-pleasing favorite out this week is the second volume of Miles Edgeworth Ace Attorney. As the name suggests, this series – the second of the franchise that Kodansha Comics has released – follows the prosecuting life of Miles Edgeworth. In this set of episodic adventures, Edgeworth gets caught up in a fatal jewel robbery and an art piece heist perpetrated by so-called “Gentleman” crooks. 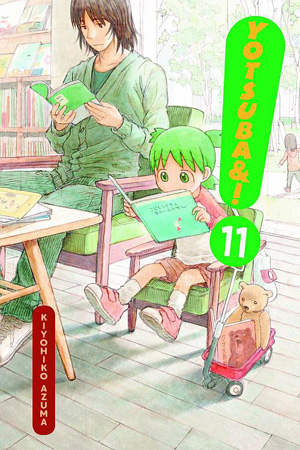 Battling deadlines far less sinister, but no less fun to read about, are the club members in the second omnibus volume of Genshiken. With Comic Fest just around the corner, the Genshiken crew don’t have long to produce a doujinshi for the show. Will they finish in time!? Whether they do or not, I can’t turn down a manga about creating manga.

Speaking of manga about manga (well… sort of), Yen Press is releasing the fourth, and long-awaited, volume of GA: Geijutsuka Art Design Class. This is an adorable and comical series about a group of five art students doing what they love best – studying art! From the technical to the creative, and all the messes and muses in between, GA is a read both super cute and surprisingly educational at times.

Elsewhere on Yen Press’ pleasantly lengthy release list this week is Omamori Himari (Vol.00). You read that right, volume zero. This “companion volume” of Omamori Himari offers up some new stories, bonus full color pages, and serves as a general resource for the series. It’s a spin-off, art book and info guide all in one!

For those who like their manga all manga and nothing else, Yen Press has a new installment of Until Death Do Us Part in their second omnibus collection of the series. I was really surprised at the end of the previous book, which was less a cliffhanger and more a ‘what-the-heck-was-that’ sort of moment. None the less, this series is a solid action thriller about a modern-day blind swordsman with tech on his side and a super-sharp blade in his hand defending the well-being of a young girl who can predict the future.

My top pick of the week however, easily goes to Yotsuba&!, one of my favorite manga series to date. With camera in hand, chestnuts to find and her beloved teddy bear to visit in the hospital, this newest volume of Yotsuba&! has no shortage of those great Yotsuba moments that always make you laugh. Days of curiosity and conundrum continue in the life of a very interesting little green-haired girl with plenty of energy. Well, until this volume anyway. Will Yotsuba survive a period of depression and could Yanda come to the rescue? Find out in another hilarious volume of Yotsuba&!! 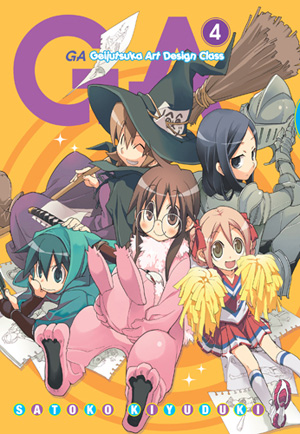