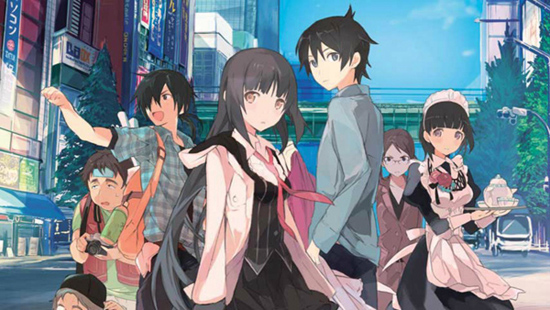 When you’re faced with imminent danger, what’s the first thing you do? Do you gear up to fight back? Do you see if you can land the first punch? Or do you take all of your clothing off? I’m guessing that’s a pretty uncommon reaction, though it’s something you’ll get used to seeing on a regular basis within Akiba’s Trip: Undead & Undressed.

The otaku-come-Yakuza special is actually Akiba’s Trip 2 in Japan, and it’s the first time the series has reached Western audiences, who may or may not have been ready for its bizarre machinations. But for those who were willing and able to take the trip, what awaited them was a strange and colorful world full of plenty to do and discover. Oh, and a whole lot of underwear. 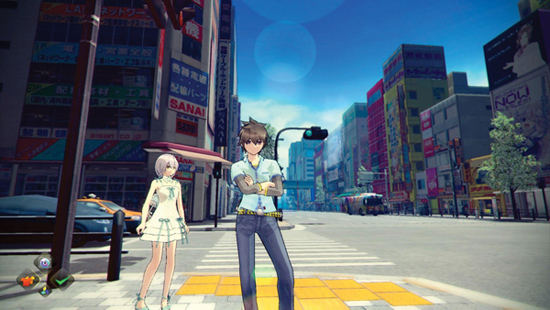 Akiba’s Trip places you deep in the heart of Akihabara, one of Japan’s most famous shopping districts and nerd paradise. Our hero Nanashi is a broke and jobless otaku, following up on a strange job listing he found online that ultimately ends up with him chained to a table and turned into a being known as a Synthister.

Synthisters feed off of others’ life energy, and it turns out there’s a huge population of them right there in Akihabara. Nanashi is nearly killed off by resident villain Zenya Amou, but the mysterious Shizuku swoops in to save him before things get that serious. Nanashi, Shizuku, and a ragtag group of freedom fighters head out to rid Akihabara of the Synthister threat once and for all. 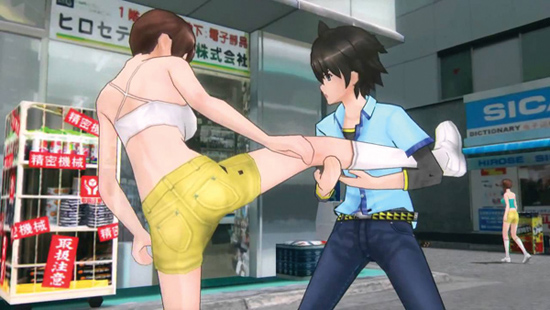 Of course, killing off the Synthisters isn’t exactly as straightforward as you’d think. They’re a lot like vampires, except instead of staking them to death you have to rip their clothes off. There’s a reason behind all this, as silly as it may be: they’re weak to sunlight and will dissolve within it. That’s why you need to strip them down and make them as vulnerable as possible.

With Nanashi targeting his enemies’ head, chest, and legs, you can systematically de-pants (and de-shirt, etc.) your adversaries in a strategic manner. Acquire’s familiar brand of brawling is present here, as you chain up attacks to strike away at the baddies one after another. You can choose where you want to attack, but it doesn’t exactly open up a world of variety. Believe it or not, smacking around random passersby in Akihabara until they’re reduced to their skivvies can and does get old eventually. 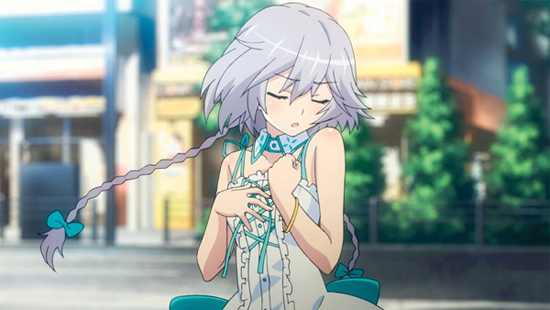 As you wear down the durability of whatever the groups of Synthisters are wearing, you’ll come across bigger and better weapons to do this with, such as boxing gloves, swords, laptops, and other strange options that you certainly don’t normally see in these types of games—think Dead Rising meets Devil May Cry. Once you’ve battered away at the clothing each Synthister is wearing, it’s time to strip them clean. As soon as you do this, they’ll disappear. If you do this when there’s a large group of enemies involved, you can chain these attacks together for a Strip Finisher. But fighting off Synthisters is only a small portion of the game itself. There are also multiple relationship routes to pursue, with several female characters you can aim to become close to. This opens up the possibilities for several different endings, depending on who you decide to spend the most time with. Aside from doting on a specific character, you’ll also spend a lot of time using your in-game smartphone. It acts as your menu, with several “apps” on board that you use for changing equipment, tracking records, searching glossaries for help on unfamiliar terms, and checking out email programs and parodical social networking programs. 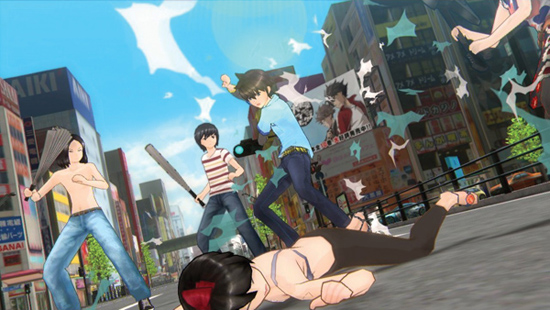 Free-roaming Akihabara when you’re not completing missions is intriguing, with plenty of pictures to collect, items to purchase, and side quests to finish off. Akiba’s Trip looks great as well, though there are some muddy textures and dips in frame rate at some points, especially when there are a bunch of enemies onscreen at once. Otherwise, the 3D models themselves look great on the PS3, as do the anime-inspired cutscenes and character 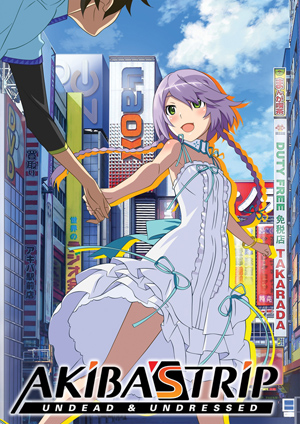 The localization is spot-on, with snappy dialogue and even fantastic voiceovers that make the game entertaining even when the battles themselves start to wear on your nerves. It’s a perfect complement to the soundtrack, an addictive mix of techno, house, and electronica that gets you moving in and out of battles.

Unfortunately, the game can be completed in only a matter of hours, if you’re not looking to collect every possible item or complete the side quests. You’ll want to go back and try for all the endings, but if you’re one to simply “beat” the game you’ll find that you can in three to five hours if you concentrate. That may not be enough length for some people, even factoring in the additional endings, plots, fan service, and the incredibly accurate rendition of Akihabara. Akiba’s Trip: Undead & Undressed is an interesting culture shock of a good time if you can see past the silliness, especially if “quirky clothes-ripping games” happen to be your cup of tea.