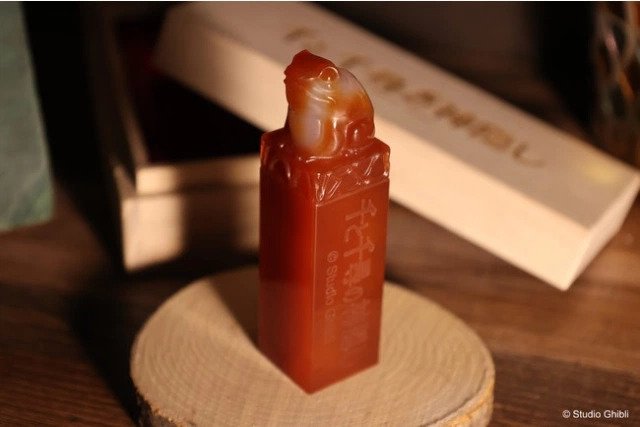 Donguri Kyowakoku continues to roll out Spirited Away merchandise in honor of the movie’s twentieth anniversary. If the hopping lantern lamp and watches weren’t enough for you, there’s also a replica of Zeniba’s seal.

The Spirited Away Witch’s Contract Seal is just under three and a half inches long and because it’s formed out of carnelian, each one will look slightly different. This semi-precious stone was chosen for the seal because it “is said to have the power to dispel fear, bestow courage, and help one achieve their goals.”

The same engraving as the movie can be seen at the bottom of the seal. You do have the option when ordering to ask for a different special engraving, but it’s limited to four characters. While the seals won’t ship until the end of the year, they are up for preorder at this site. They aren’t cheap, as they cost 25,300 yen (just under $230) each.