Yona of the Dawn Manga Fuses Fantasy, History, and Romance 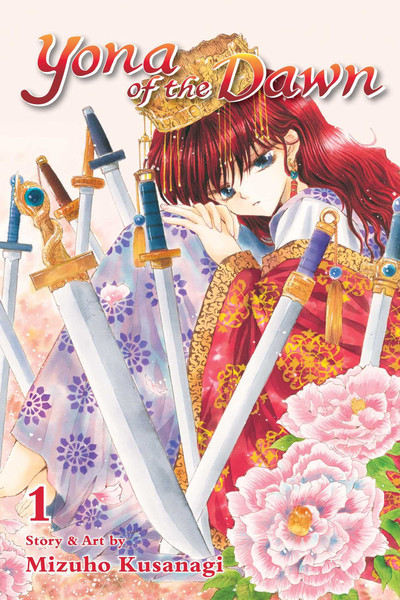 Yona is the princess of the kingdom of Kohka, the only child of the king. While her mother died from traitors and danger is always near for royalty, Yona starts out mostly oblivious to any threat, and instead frets about how to tell her cousin Su-won that she loves him. She hates her red hair, but when Su-won says it looks like the sky at dawn (hence the title) she decides she actually likes her hair. By the end of the first chapter, though, there’s a coup where the king is killed, and Yona just narrowly escapes execution thanks to her guard, Hak.

Yona and Hak run off into the wilderness for safety, and most of the volume then concentrates on a series of flashbacks, showing Yona’s relationships with friends and family while growing up. All of this better helps explain the situation with the coup and adds depth to characters, especially Su-won and Hak. While Yona is shown looking strong and holding a sword on the back cover, this first volume has her more overcome by shock than acting like a warrior, with Hak protecting her. However, it seems to imply that after Yona’s initial shock of watching her father’s murder and experiencing a coup, she’s going to come back stronger than ever. She is determined to get her throne back. Because of this, it feels as if the series, which starts out well, is set to get stronger and stronger as Yona finds her power. For now, Hak seems like the most interesting, fleshed-out character.

Yona of the Dawn is a mix of fantasy, history and romance so far, with Yona and Hak drawing closer together as their lives depend on it. Mangaka Mizuho Kusanagi, creator of the quirky manga NG Life, says in one of her author notes that she’d “always dreamed of writing a fantasy series starring a girl” and is grateful for the opportunity with Yona. A lot of readers are going to be grateful, too. The art of the series is beautiful, especially when it goes into extra detail, like with historical buildings and ornate clothing and jewelry. There are definitely a number of characters in here who would be great for cosplaying. This manga has also been adapted into a successful anime that’s available through Funimation and is streaming on Crunchyroll. This is a good start to what looks like an exciting series.