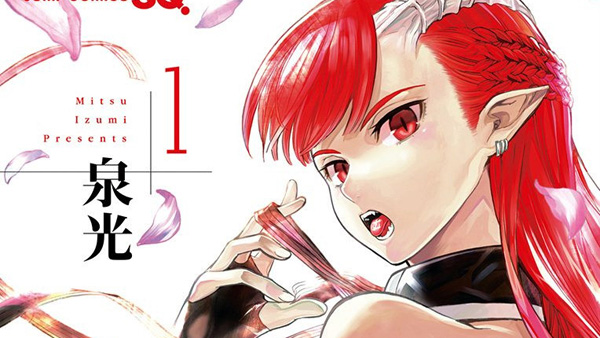 Awyn Gardener has taken up the same trade as his name, tending the gardens of a rural estate for the kindly young noblewoman Maria. His constant smile hides a tragic past and an inner reserve of rage at the world. One day Awyn happens upon a forgotten cave and awakens the seductive demon Vyrde. She promises Awyn power in exchange for his soul, the power to avenge his family and protect his dear Maria. At first reluctant, Awyn finally gives in when the so-called Holy Knights slaughter his entire village and Maria along with it. Vyrde’s powers turn out to be everything she promised and Awyn finds himself on a path to destroying the six angels who rule his world so Vyrde can take their place.

7th Garden reads like a lot of other books: supernatural creatures in the form of scantily clad women transform into weapons and wreak havoc on some poor sod’s personal life. The setting is generic fantasy Europe, and the politics of the Holy Braith Kingdom are loosely based on the practices of the Renaissance Roman Catholic church. (There’s also a bit of science fantasy: there’s a ray gun too.) Not a lot sets 7th Garden apart from the pack but it’s also not a terrible example of its genre; Volume 1 takes time to lay in some good foreshadowing about 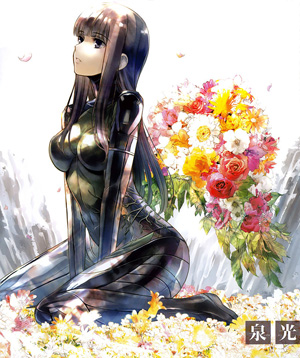 the world and manages to be compelling enough to pull the reader into Volume 2.

The fan service is laid on as thick as the gardening metaphors: Vyrde floats in midair showing off her panties, and her breasts defy both gravity and anatomy. Izumi’s art is good but not great. The character designs are generic: Awyn looks a bit like Cloud Strife and the female characters could be pulled from any given RPG. And so could the backgrounds, monsters, and armor. Still, somehow, perhaps because of its very familiarity, 7th Garden is an enjoyable experience, like sitting down with an old friend. For those well versed in this style of manga, there probably won’t be many surprises, but the storytelling is good enough that the reader seems to be in good hands. 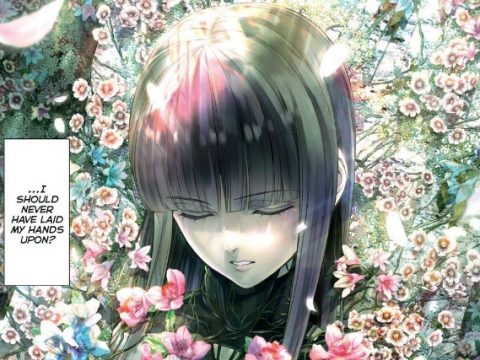