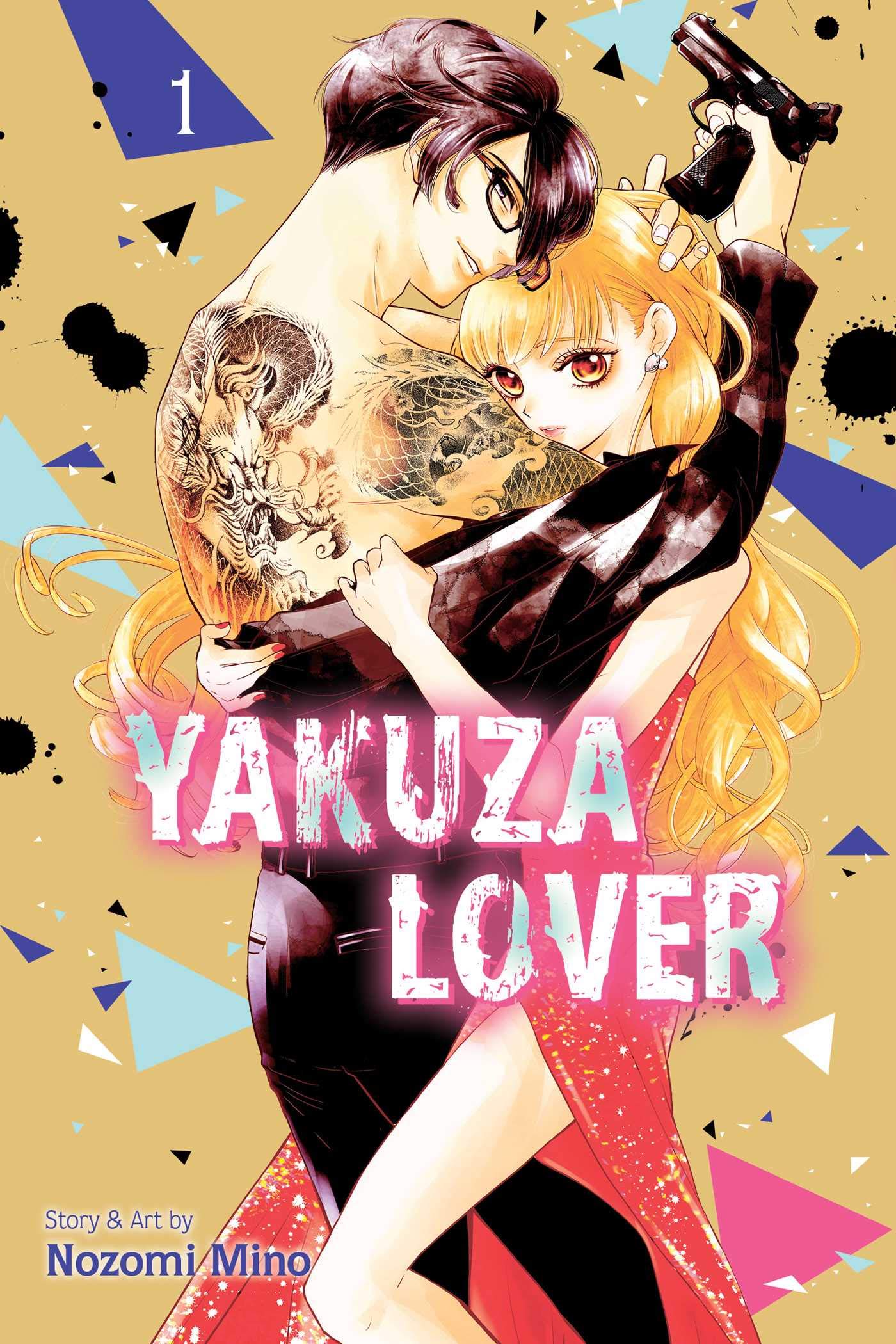 College student Yuri is at a party when some guys harass her and her friend. She defiantly stands up to the guys, and then the door bursts open and there stands Toshiomi Oya, the underboss of the Oya syndicate. In other words, a member of the yakuza, or Japanese mafia. None of the guys want to mess with Yuri anymore, and Oya makes sure she’s okay and gives her his coat and his card. He tells her that card will protect her wherever she goes, because apparently he’s that much of a badass that just his name gets people’s attention.

Even though she’s intimidated by his line of work, she’s attracted to him, and she meets up again to thank him for his help. He says he was attracted to the strength she showed in protecting her friend and says that his heart has been struck by Cupid’s bow. Things get more flirtatious and effusive from there, but their conversation is interrupted when someone attempts to assassinate Oya.

While acknowledging the danger of being around Oya, Yuri also can’t deny her own feelings, and the two begin a passionate love affair. Oya lives in a violent world but comes across as gentlemanly, kind and supportive, wanting to spoil Yuri. Now and then the danger of being involved in the world of crime shows up, yet it’s from other people, like the would-be assassin, and not from Oya doing cruel things to people. Still, the fact that his name alone can affect people makes you wonder what else he’s up to. Though the two barely know each other, they give breathless promises of eternal love.

Yakuza Lover is a romantic fantasy through and though, where it doesn’t matter that they barely know each other, and you’re just along for the ride. And it is a passionate ride of pure escapism, putting this above the category of shojo and directly into josei. The fact that a lot of josei doesn’t get licensed makes it extra nice when it does. Mangaka Nozomi Mino does a good job of building the passion between the two characters and sweeping readers into a beguiling scenario. Toward the end of the first volume the couple goes on a vacation that’s supposed to be all about pampering Yuri, though when they run into other mafiosos, it implies future volumes will go into more background on Oya and his connections.

Evangelion 3.0+1.0 Gets Updated 3.0+1.01 Release in Japanese Theaters
Attack on Titan Manga Thanks Fans for 12 Years of Support with Massive Display