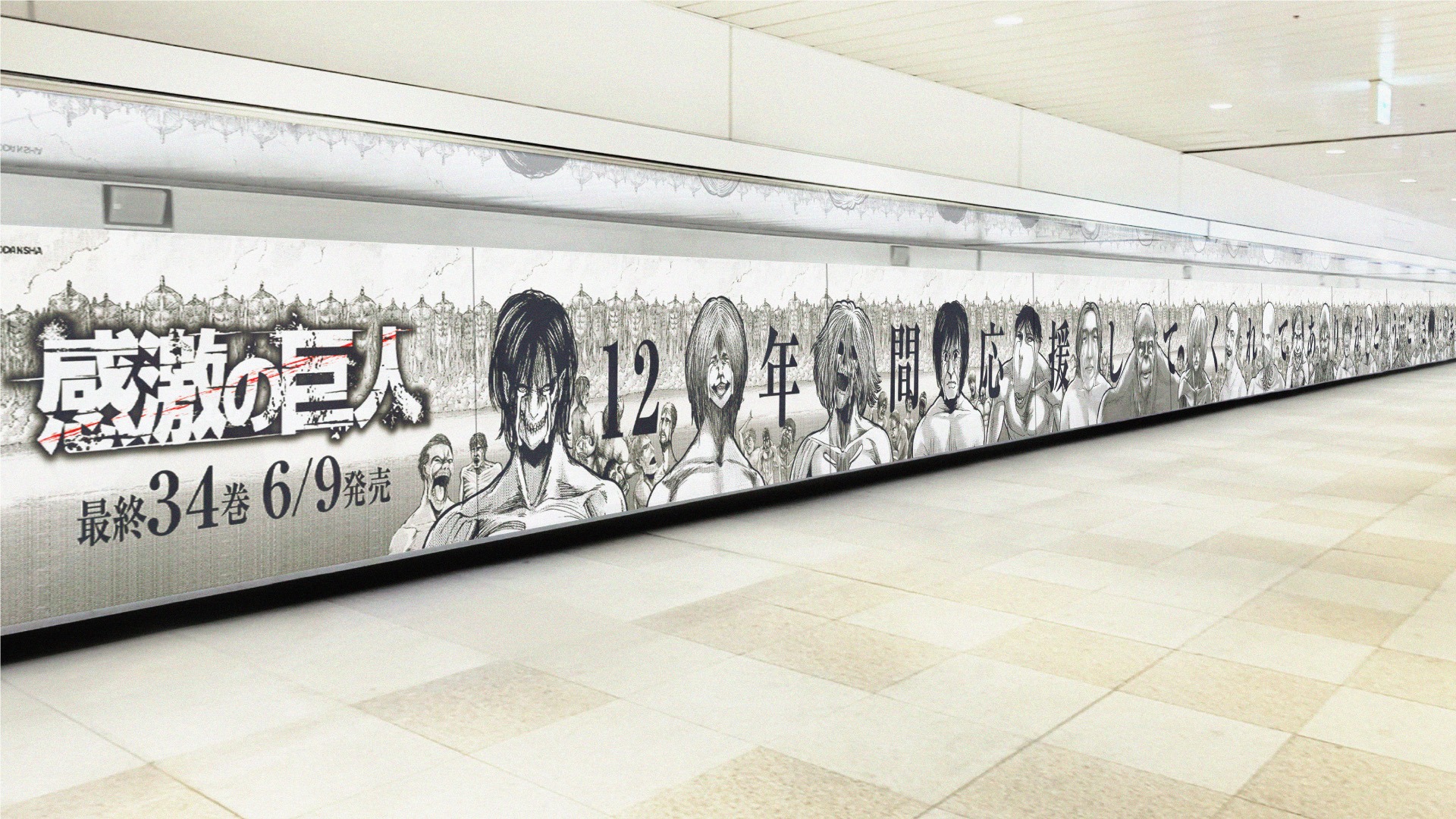 The final volume of Hajime Isayama’s Attack on Titan manga hits shelves in Japan on June 9, so promotion is out in full force. One of the most impressive advertisements is a massive 45.6-meter-long LED panel display that’s been put up in Shinjuku Station, thanking fans for 12 years of support.

Pictured above, the promotion will be on display in the new East-West Free Passage in JR Shinjuku Station for the next seven days. Attack on Titan manga publisher Bessatsu Shonen Magazine shared a video of the screen in action. 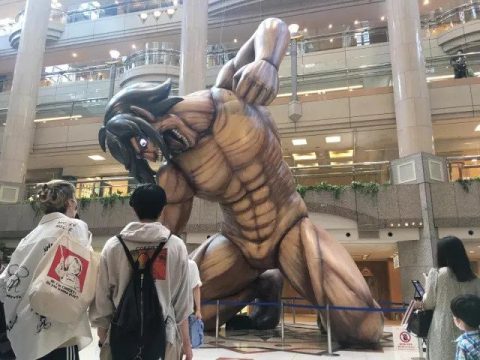