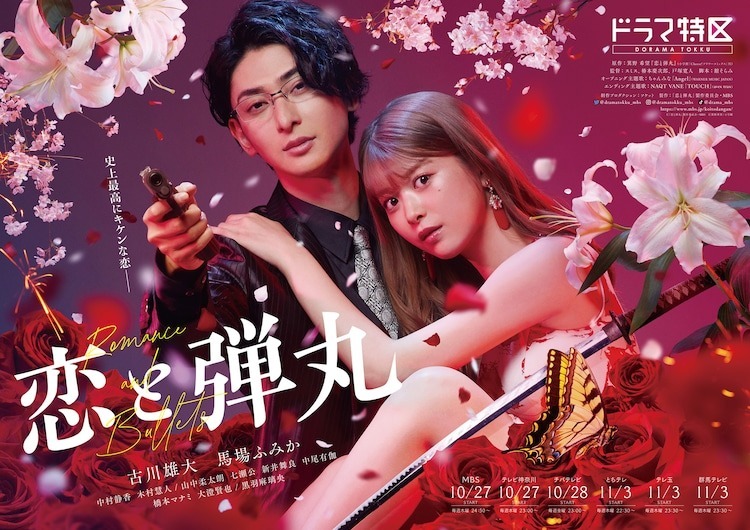 Nozomi Mino’s Yakuza Lover manga is coming to the screen in a live-action drama adaptation on October 27, and the latest news is here to reveal the series’s opening and ending theme artists. The opening will be “Angel” by Chanmina, and the ending will be “Touch” by NAQT VANE.

You can also see a new poster for the series above.

VIZ Media publishes the manga in English and sums up the story:

When feisty college student Yuri is attacked at a party, she’s saved by Toshiomi Oya, the underboss of a yakuza syndicate. Despite her obvious attraction to him, she convinces herself that she’s not in the market for a bad boy type. But when they meet again, she finds herself irresistibly drawn to him—kicking off a steamy and dangerous love affair that threatens to consume her, body and soul.

After the attack at the party, Yuri goes to see Oya to thank him for saving her, and as much as she hates to admit it, she can’t deny there’s an attraction. However, when tragedy strikes, Yuri attempts to turn her back on Oya and his dangerous lifestyle for good—but will the allure prove too great to resist?

For more on the manga, check out our review.

Uzaki-chan Wants to Hang Out! Shares Preview, Opening
This Boyfriend Day, These Anime Boys Should Confess