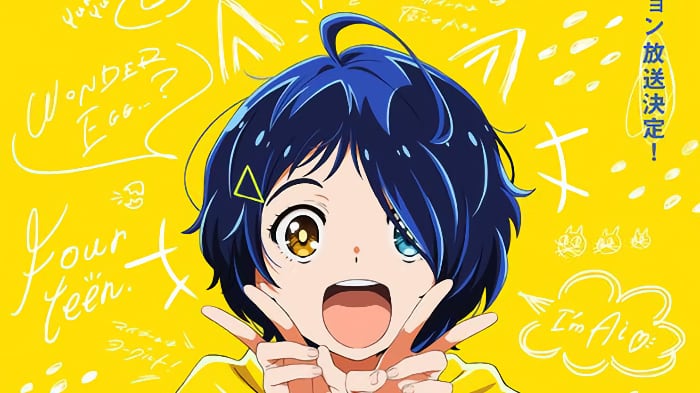 A new original TV anime from CloverWorks (The Promised Neverland) has just been revealed, and it’s got one of the weirdest titles in recent memory: Wonder Egg Priority.

But instead of wondering what that title is all about, let’s go over what we know. The series is set for January 2021, and it’s created and written by Shinji Nojima, a screenwriter making his anime debut.

Revealed together were a 40-second trailer and poster, which show of Takahashi’s designs and some atmospheric animation. The copy in the trailer reads: “okay, believe in yourself and crack the egg…”

We can’t wait to find out what this whole wonder egg thing is, and why it’s such a priority. 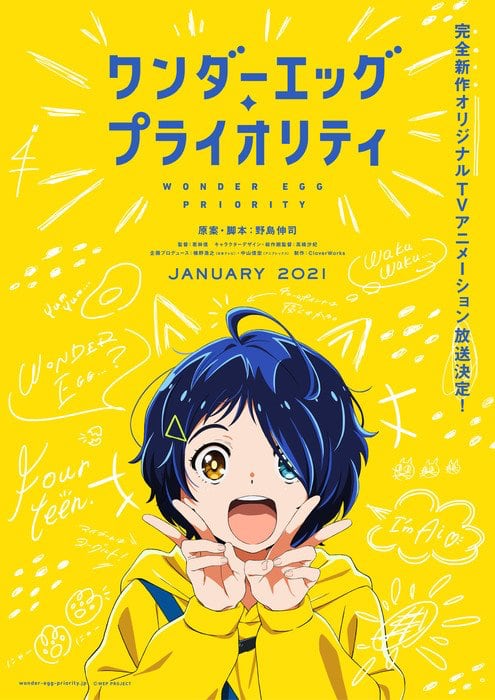