We Saw The Castle of Cagliostro Remaster 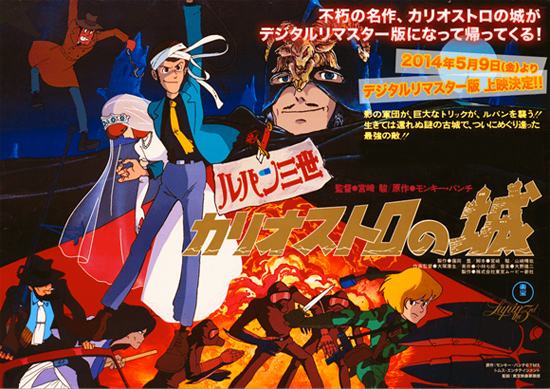 This month, one of the great anime films of all time and the theatrical directorial debut of one Hayao Miyazaki, 1979’s The Castle of Cagliostro, had a limited rerelease in Japanese theaters. The film, set to be released in HD in Japan and America in the coming months, has gone through a remaster, and showing off the results, plus celebrating the film’s 35th anniversary, provided as good an excuse as any to show the film in a few theaters (as if you need an excuse to show this movie).

Castle of Cagliostro is, of course, one of the many tales of super-thief Lupin III and his frenemies Jigen, Goemon, Fujiko and Zenigata. Though a few purists complain about Lupin’s sweeter-than-normal characterization, Cagliostro is by far the most well-known and beloved Lupin film, thanks to the writing and direction by Hayao Miyazaki, who had worked on the first two Lupin TV series. I won’t post a full review, as we’ve got a perfectly good one here on the site, but the very short version: this is a darn good movie. 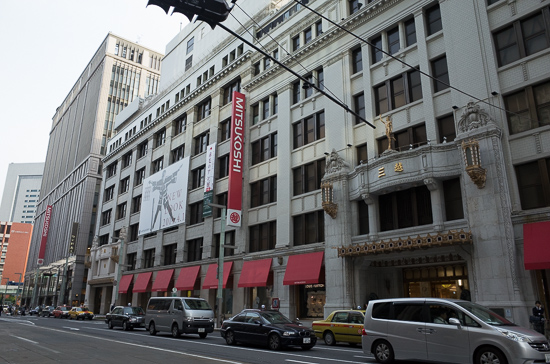 The Castle of Cagliostro remaster was a limited release, so I had to leave my usual stomping grounds and head over to Nihonbashi, a historical district in central Tokyo, to the catch the film. On the way to the theater I spotted the historic Mitsukoshi building, a symbol of Tokyo shopping since 1935. Tangentially related to the film at best, I admit, but it was fun to realize people passed the same building on their way to the same movie back in ’79.

Also fun was seeing posters (the original ’79 poster, to be exact) and merchandise lining the walls of the theater. This won’t be the last time Lupin takes over theaters in Japan this year either, with the Takeshi Koike anime and the live-action film scheduled for June and August, respectively. The Cagliostro screening featured the same teaser for the live-action film that’s been on the net for a few weeks.

Content of the film aside, how did it look? Preeeeeetty good. The digital print was crisp, clean and detailed. In some shots you can almost see the separation between the cels and the backgrounds. But most importantly, it still looks like a film from 1979. Some remasters go too far, removing all the original grain inherent in movies shot on film, making them look plasticy and flat. This remaster, at least to my eyes, retains the original qualities of the film while preserving it digitally, something all remasters should aspire to.

One change I did notice was aural rather than visual: there was a lot of surround sound action going on, like when cars or planes went from the left to the right side of the screen (or vice versa). Castle of Cagliostro was originally mixed in mono, as was common for films of the period, so hopefully both options will be available on disc. 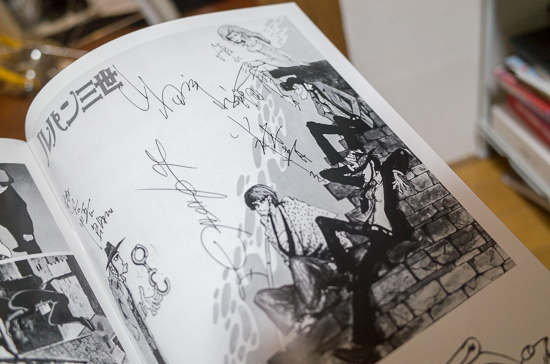 Speaking of all this 1979 stuff, one of the pieces of merchandise on offer was a reprint of the pamphlet offered up during the film’s original release. Taking a look at this thing won’t reveal any deep secrets about the film (it is essentially an ad, after all) but it’s a nice look at the history of film promotion. It’s got some basic information about the characters and cast as well as some production art and an essay entitled “Me and That Guy” (Aitsu to Ore) by original Lupin voice actor Yasuo Yamada about his relationship with Lupin. 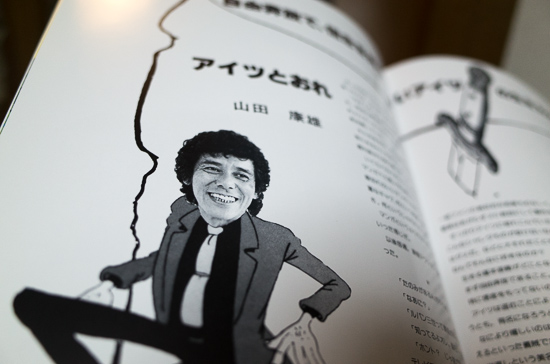 A few weeks ago we declared 2014 the Year of Lupin: we’re getting a live-action Lupin film for the first time in 40 years, a slick-looking, Takeshi “Redline” Koike directed anime flick, oh, and the Takarazuka Revue has announced an all-female stage version. And to top it all off, this remaster of Cagliostro. We’re not sure what could make 2014 any more Lupiny, to the honest.

Lupin fan or not, Cagliostro is simply one of the greatest anime films of all time, not to mention the start of Hayao Miyazaki’s long and illustrious career. Discotek is releasing the film on DVD this August and on Blu-ray near the 2014/15 holiday season, so if you’ve never seen the film, there’s no better time than during the Year of Lupin.