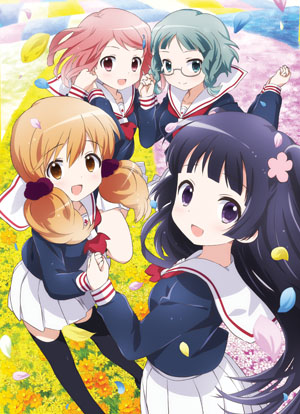 Don’t hate her because she’s beautiful … and refined … and filthy, stinkin’ rich…. Okay, maybe a smidgen of jealousy would be understandable, but it’s not all roses for high school freshman Wakaba Kohashi. With her father constantly on the move for work, whatever his mystery profession may be, she frequently transferred from one school to another as a young child and thus had little opportunity to make friends. She’s also not exactly the brightest bulb in the box, so failing to make the cut for her top choice, Water Lily Academy, a school for well-to-do young women, Wakaba finds herself enrolled in Clover Girls’ Academy, surrounded by students of more modest means. In this fresh environment, Wakaba is determined to turn over a new leaf, casting aside her days of wilting in the darkness of solitude and flourishing as the vibrant high school girl she always dreamed of being.

Well, some dreams are easier achieved than others, and Wakaba certainly isn’t off to a bad start. She nailed the “become a high school girl” part, and in Japanese, her name actually means “new leaves,” as in the first greenery to appear on reawakening trees in the spring, or, in keeping with the aesthetic of Wakaba Girl, clover sprouts that just burst free of the earth, ready to soak in the sunlight and take on the world above. So too does Wakaba approach high school life with the wide-eyed wonder of a newborn, as virtually everything she encounters is a brand new experience.

Lucky for her, on her very first day of class, she befriends three classmates who accompany her on the journey. First, we hear from the glasses-wearing Nao Mashiba, a tomboy striving to be more girlish, despite her struggle with kicking the habit of using masculine pronouns, who also happens to have an encyclopedic knowledge of Boys’ Love video games. Then pipes up pink-haired Mao Kurokawa, not to be confused with Nao, who generally goes by “Shiba.” Marching to the beat of her own drum, Mao is Mao, even referring to herself in the third person, voiced by an actress who is named Mao as well, no less. And when our fictional Mao is asked to provide a list of three career paths she’d potentially like to pursue, she responds with: detective, phantom thief, and “no idea.” Yep, that’s Mao in a nutshell. Finally, there is petite, innocent Moeko Tokita, who’s called “Moe” for short and fully lives up to that nickname. 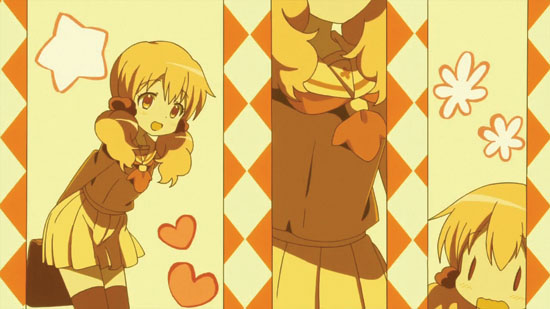 Wakaba Girl gives us a window into the escapades of these four girls over the course of one school year, but it isn’t a large window. This anime adaptation of Yui Hara’s four-panel, single-volume comedy manga produced by animation studio Nexus is a mere 13 episodes of roughly eight minutes apiece, with about a minute and a half of each gobbled up by the intro and its admittedly infectious opening theme. No need to fret over the closing credits consuming additional precious running time, however, as they are superimposed on the concluding scenes.

This diminutive format may sound like a negative, but Wakaba Girl is the perfect length for what it is. For a show in which not much happens, least of all conflict, which is resolved in short order when it does crop up, a spoonful of sugar is all that’s needed to sweeten your day. Wakaba Girl is simply about the joy of briefly witnessing the princess-like Wakaba, sheltered to such a degree that she has a 6:00 pm curfew, revel, in the silliest of ways, in the everyday activities that ordinary high school girls may take for granted, like eating ice cream with classmates, visiting a friend’s house, spending the day at a water park, and attending a sleepover. 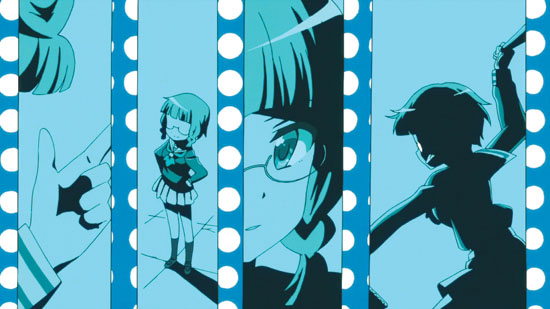 Wakaba treasures every second shared with her friends, to the point of dreading school breaks that leave her largely alone in her massive fortress of a mansion, save for the company of her mother and older sister. You could say that she values Shiba, Mao, and Moe’s affection a little too much, as Wakaba has no concept of money and, at times, tries to buy their friendship without even realizing it, but they’re stand-up young ladies and refuse her extravagant gifts. A few awkward interactions aside, this is light and breezy entertainment with the free-spirited nature of the gyaru that Wakaba has idolized for years and aspires to embody herself.

Emphasizing that carefree attitude is an overwhelmingly cutesy art style with a pastel palette straight out of the candy aisle. Add roughly sketched backgrounds sporting soft, fuzzy textures, and Wakaba Girl dons the cheery appearance of a children’s picture book. Top it off with an upbeat, borderline saccharine, score and just try not to get cavities, I dare you. 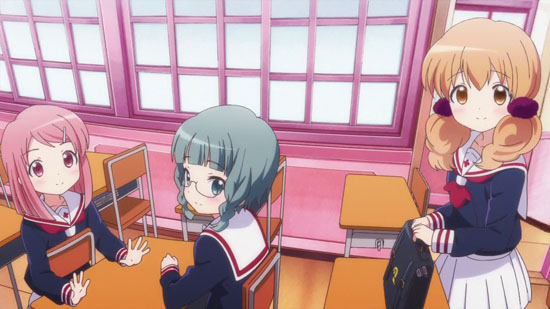 As one of many anime shows these days about adorable girls doing adorable things purely for the sake of being so gosh darn adorable, Wakaba Girl has an uphill battle in standing out from the crowd. What it does have on its side is a script helmed by Jukki Hanada, known for contributing to a wide variety of successful series featuring cute girls, such as KanColle, Love Live! School Idol Project, and Sound! Euphonium, just to name a few. A respectable pedigree will surely draw some attention, but one best temper any expectations of Wakaba Girl being as fleshed out as a standard-length show.

It’s not likely to take the top spot on your favorite anime list, or even as your favorite slice-of-lifer showcasing a cast of cuties, but Wakaba Girl does have heart and is bound to plaster a few smiles on your face, if not stir up some laughs, making it worth the small commitment of time it commands. After all, if we’ve learned anything from Wakaba, it’s that broadening one’s experiences is an adventure in and of itself.