If all the news of Viz Media’s manga app had you a little sore because you lack an iOS-ready device such as an iPhone or an iPad, fear not, VIZManga.com is here to the rescue. Announced during the publisher’s 25th anniversary party at San Diego Comic-Con, VIZManga.com serves as an in-browser digital portal through which manga can be purchased and read.

The VIZManga.com digital service launched with 40 series, totaling to about 300 volumes of manga, that are currently available via Viz’s iOS manga app. These include really popular titles like Naruto, Bleach and Blue Exorcist, among others.

Pricing is also identical to the app’s, with first chapters available as free previews, and all first volumes discounted at 40% off through July 31. Users can access this and Viz’s app services with the same account. 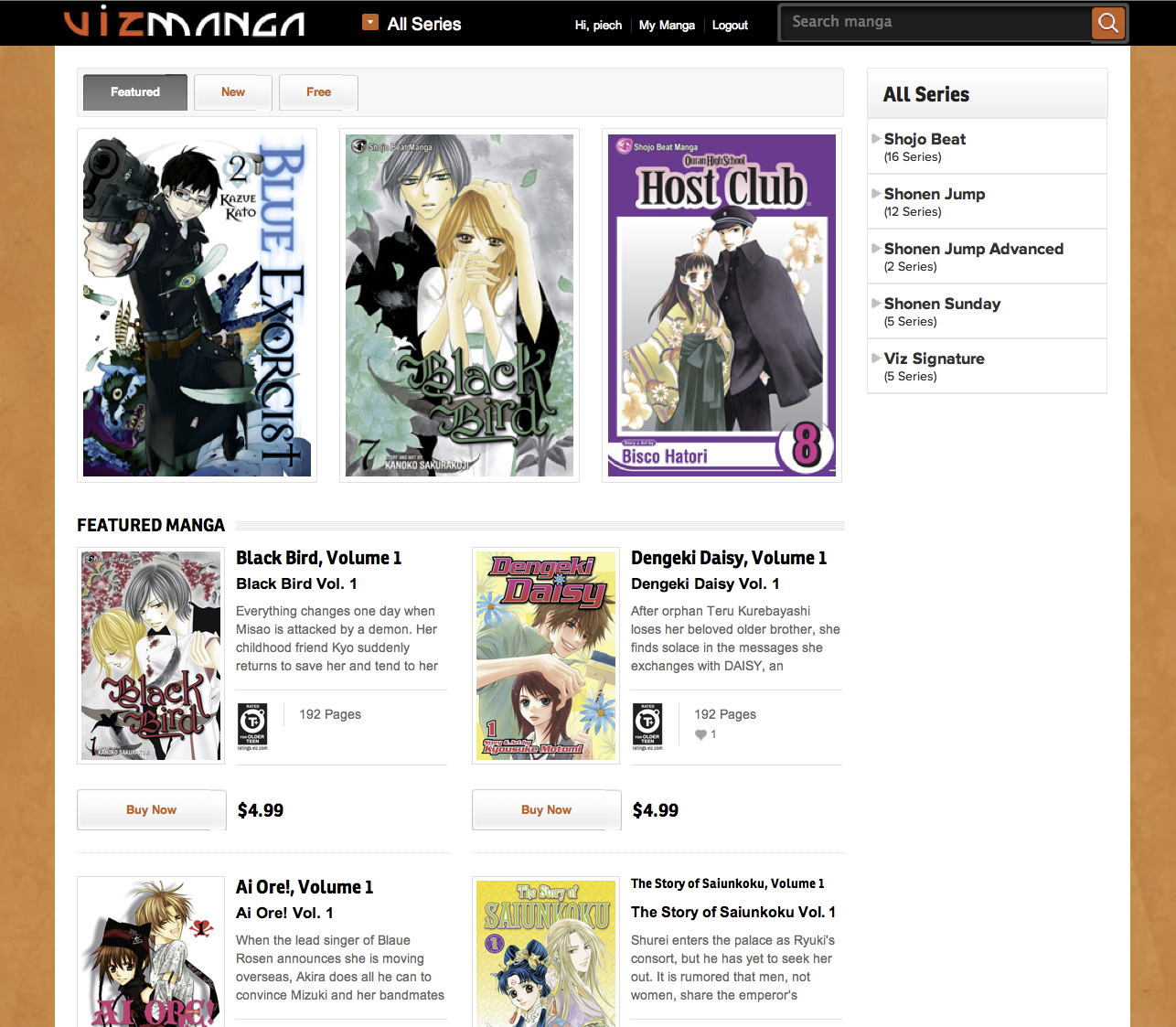