This week’s update to Nintendo’s online shops sports a couple of notable additions, most of which falls on the portable side of things. The highlight for many will no doubt be the Fire Emblem: Awakening demo, which gives folks a sample of the strategy-RPG action to come prior to its February 4 debut both in stores and as a full-game download.

That’s not all, though. The 3DS eShop is also getting another dose of Kirby in the form of HAL Laboratory’s 1997 Game Boy puzzler, Kirby’s Star Stacker. This pink-puff blast from the past will run you $2.99. 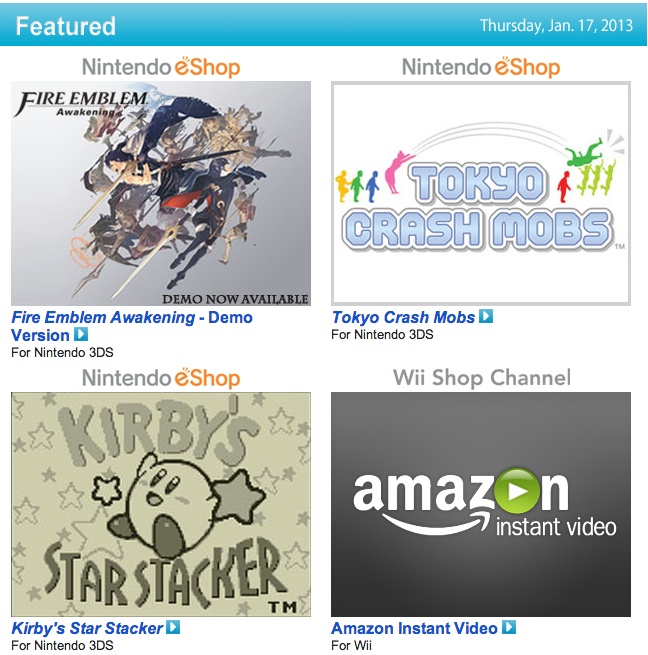 Those who haven’t upgraded to a Wii U yet can also enjoy the addition of Amazon Instant Video to the Wii Shop Channel. Other new titles this week include a pedestrian-tossing puzzle game called Tokyo Crash Mobs (3DS eShop, $5.99), Finding Nemo: Escape to the Big Blue (3DS eShop), and Deer Drive Legends, a hunting sim for 3DS.

If you’re keen on checking out that Fire Emblem: Awakening demo but are new to the series and understandably intimidated, Nintendo released a trailer earlier that serves as a solid primer.

Nintendo Sees Drop in Sales As People Come out of Quarantine