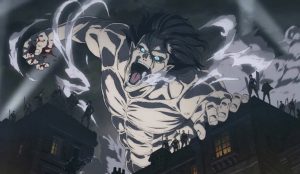 We recently shared the first trailer for Attack on Titan the Final Season, which will bring the saga to a close with the help of anime studio MAPPA instead of WIT Studio. Now we know more about who brought the trailer to life, specifically the promo’s director, Vinland Saga‘s Shuhei Yabuta.

Yabuta previously worked on the Attack on Titan anime as the 3DCG director, and he tweeted about writing the storyboard and directing the final season’s promotional video. Yabuta also reiterated that the anime’s director is Yuichiro Hayashi, who also helmed the Kakegurui and Dorohedoro anime adaptations.

By a curious coincidence, I wrote the storyboard and directed the PV of #AoT Final Season! I’m so grateful for this opportunity!