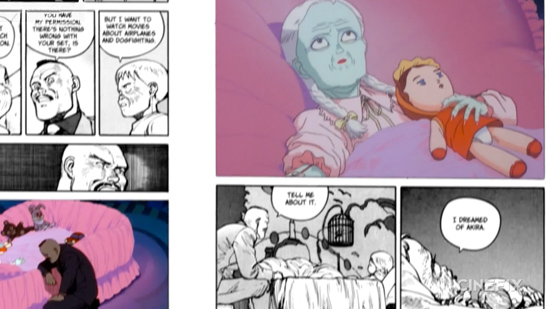 Akira, the classic anime film that helped launch a wave of anime fandom in these here United States, is, believe it or not, almost thirty years old. Geez Louise.

Akira used to be practically required viewing for anime fans who grew up in the Blockbuster Video era, but I suspect we have quite a few readers who’ve yet to check out either the film or the epic manga on which the film is based.

For those folks – and longtime Akira fans, actually – may I recommend this video, in which cinema buffs Cinefix team up with Anime Vice to explore the differences between the Akira manga and anime, both created by Katsuhiro Otomo. Be warned: there are some spoilers.

Great video, guys. Now how about one that incorporates Bartkira?