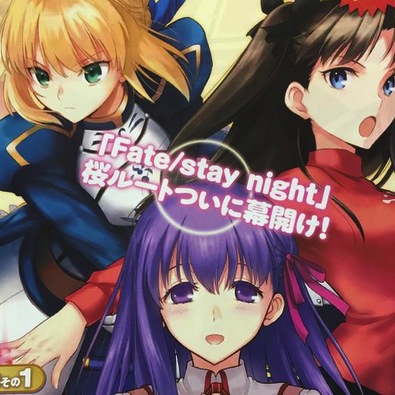 The adaptation of the “Unlimited Blade Works” route of Type-Moon’s Fate/stay night visual novel is getting ready to return in anime form this weekend, but there’s also more Fate on the way in the world of manga. One of the other routes, “Heaven’s Feel”—which focuses on Sakura Matou—is getting a manga adaptation by Taskohna, who also handles the Hyouka manga.

The Fate/stay night [Heaven’s Feel] manga will be serialized in Young Ace magazine, and is set to debut in the sixth 2015 issue on May 2.

Heaven’s Feel is also getting an anime film from ufotable, the studio behind Fate/Zero and the currently running Fate/stay night anime.