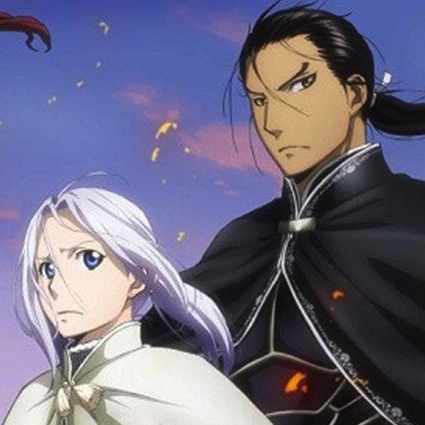 Announced earlier today, FUNimation’s latest spring 2015 anime addition is The Heroic Legend of Arslan, based on Fullmetal Alchemist author Hiromu Arakawa’s adaptation of the original novels. The series premieres on April 5 at 5:00am Eastern Time.

From the original creator of Fullmetal Alchemist, Hiromu Arakawa brings back an old series—The Heroic Legend of Arslan! In the kingdom of Pars lies the Royal Capital of Ecbatana, a powerful city ruled by the fearsome King Andragoras. Arslan, the 14-year-old prince of Pars, is a green ruler and lacks the fierce leadership skills possessed by his father. After his father falls victim to a treacherous plot headed by one of his most trusted comrades, the kingdom of Pars falls in the war with the neighboring nation of Lusitania. Narrowly escaping with his life, Arslan must embark on a journey to reclaim the fallen kingdom and fulfill his destiny as ruler of Pars.