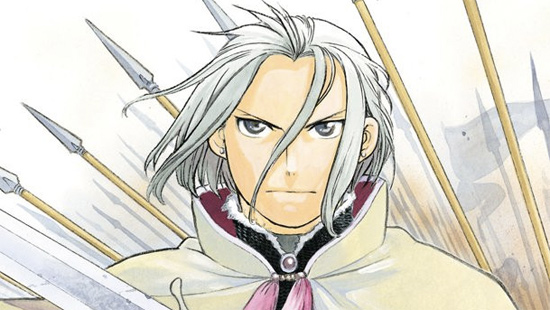 Mention Heroic Legend of Arslan to anime fans who were around back in the 90s and you’ll probably hear, “oh, yeah, that was totally a thing, wasn’t it?”

Arslan, adapted into manga and several anime OVAs in the 90s, started life as a series of novels by author Yoshiki Tanaka, who’s best known for his other sprawling epic, The Legend of Galactic Heroes. Arslan’s unique in that its setting resembles not ancient Japan or medieval Europe, but historical Persia.

90s revivals are all the rage these days, and the new manga adaptation by Fullmetal Alchemist’s Hiromu Arakawa is now being adapted into an anime series.

The first preview for said series hit Youtube this week. While there’s no animation to be seen quite yet, Arakawa-san’s illustrations are overlaid with sound effects and voice acting.

You might remember a new anime adaptation of Legend of Galactic Heroes was also announced a few months back, meaning it’s probably about time for Dr. Tanaka to start building a Scrooge McDuck-style money pool.