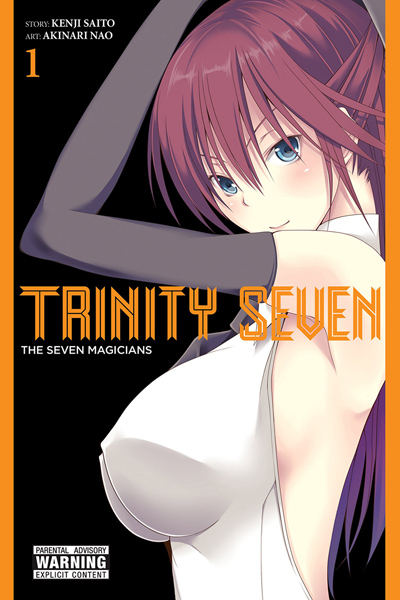 Trinity Seven, the manga by Kenji Saito and Akinari Nao, will be getting a “slapstick romantic comedy” spinoff manga, it was revealed today.

The spinoff will be called Trinity Seven: Seven Days, and will be written and illustrated by Misaki Mori (Arifureta Nichijou de Sekaisaikyou).

The spinoff will debut August 9 in Monthly Dragon Age magazine.

Arata Kasuga transfers to the Royal Biblia Academy to solve the mystery of the destruction that is ravaging the world and that–more importantly–has stolen his cousin Hijiri from him. It’s a tough road that lies ahead of Arata, but nothing’s impossible when you have seven beautiful girls–each a master of her own magical art–at your side!