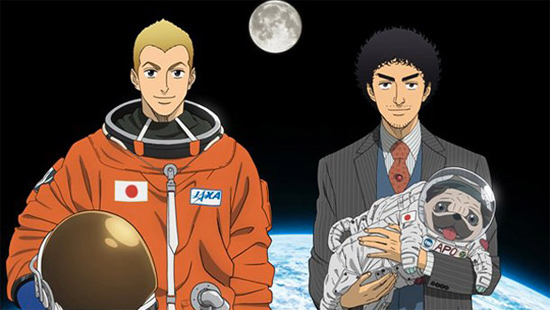 Do you like trailers? We sure do. Used to download ‘em on a dialup internet connection! Took ages!

Now thanks to the wonders of 21st century internet, you can load up this puppies right away, so why not do it?

First: Space Brothers #0, the forthcoming film prequel to the ever-popular Space Brothers series. The film takes place four years before the start of the series and sets up just what the titular brothers were up to back then. By the way, is there something funky about the American flag at :47, or is it just me?

Next up is Bayonetta: Bloody Fate, the anime film based on the cheeky video game series. This sucker’s, directed by Afro Samurai’s Fuminori Kizaki, is coming to Blu-ray and DVD in the States October 21st.

Finally, a preview for the upcoming 2-episode Terra Formars OVA. Covering the Terra Formars “BUGS 2” arc, the episodes will be packaged alongside the manga’s 10th and 11th volumes. That’s a nice bonus, I’d say.