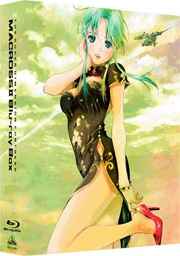 July 25th saw the Japanese release of a special Blu-ray box of Macross II: Lovers Again, the 1992 OVA sequel to the original Macross series. Macross II has been pretty divisive over the years, with Shoji Kawamori, the creator of Macross himself, writing it out of the official timeline.

News site Anime Anime brought together two producers from Big West and Bandai Visual together to discuss the significance of Macross II.

The first question asked by Anime Anime is why they elected to make set the sequel 80 years after the original with a new cast rather than continue the story of the original Macross.

The producers respond that they thought of the original series as having ended neatly, with the love triangle, which was the heart of the story, 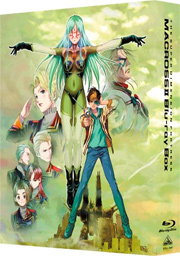 wrapped up. From there, it would be pointless to continue, but it’d be interesting to use the same formula with new characters.

The interviewer brings up Macross II’s somewhat “dark history,” but the producers mention while Macross II might’ve been the subject of a lot of scorn, it was an important turning point for the franchise: it was the first time a sequel to the original had been attempted, and set the template for series to follow: a new set of characters, love triangle, songs and spaceships.

Finally, they mention one of Macross II’s unique points: unlike the other series, Macross II’s main character isn’t a pilot.