Noitamina, the alternative animation block on Fuji TV, has given us series like Mononoke, Psycho-Pass, Erased and Kababeri, so we’re always excited to see what’s next.

Now we’ve got the trailer and some cast and crew details for Noitamina’s January series, Scum’s Wish (Kuzu no Honkai). Let’s take a look.

Scum’s Wish, which will begin airing January 12, is directed by Masaomi Ando (School-Live!) and is animated at Lerche (Rampo Kitan: Game of Laplace). The cast, which was announced today, is as follows:

The series is based on the manga by Mengo Yokoyari, which has been serialized in Big Gangan magazine since 2012 and is available from Crunchyroll Manga and Yen Press in America. Yen Press describes the premise: “Mugi and Hanabi are the perfect high school couple…but their relationship is built on a single shared secret: They’re each in love with someone else.”

Anyone reading the manga? What’s your first impression of the series? 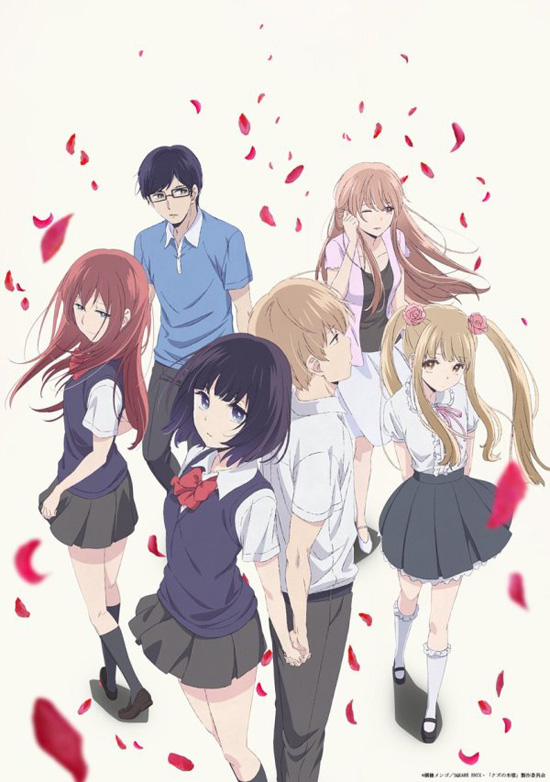