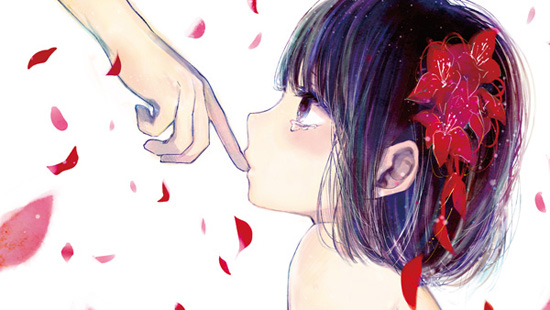 It’s easy to find a romance manga that coddles and flaunts its star couple, but how often do you find one that exploits a seemingly “perfect” couple with deep, dark secrets? Scum’s Wish does just that, with a fervor that’s matched only by titles such as Flowers of Evil or Inside Mari, another excellent series. It’s a mix of unrequited love, and a tale of two individuals who don’t really want to be together—they’re just going through the motions so they don’t have to hurt anymore.

Both adorable Hanabi and considerate Mugi are a rebound couple: Hanabi lusts after her childhood friend and teacher Kanai while Mugi nurtures a crush on his childhood tutor turned teacher Minagawa. But it’s not just the two stars of the series that steal the show. The supporting characters are just as broken as Mugi and Hanabi in their own delicate ways, 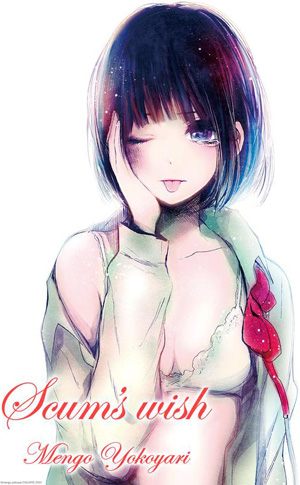 although you’ve got to look closer to find out just how strange each character is.

Mugi and Hanabi feed off each other’s unrequited passions for the true targets of their affections, and while it’s clear to readers they’re only using each other (a fact stated early on during their relationship) there are many clues that show readers that perhaps they’re a lot closer than they actually think. It’s this type of interaction between the two that makes Scum’s Wish so uncomfortable at times, and so engrossing.

In a flooded market where it’s always assumed that readers want to see two beautiful people fawning over each other, Scum’s Wish is a breath of fresh air. In terms of art style, story, and overall atmosphere, I’d be hard pressed to find a manga series that shows these types of relationships as well as in such an uncomfortably real way. We’ve all been there before, and perhaps that’s what makes it that much stronger. Doff the fluffy relationship pulp and try out Scum’s Wish for a look at something unique for a change. Recommended.