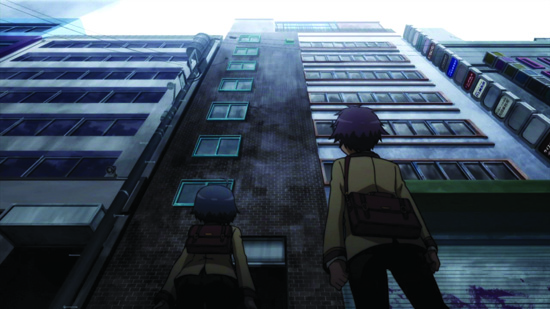 Rampo Kitan: Game of Laplace is an interesting series. The original production from anime studio Lerche (Assassination Classroom, Monster Musume) came about in commemoration of the 50th anniversary of author Edogawa Rampo’s passing in 1965, and its mysteries are all woven from the author’s various famous tales of the macabre. The end result is a compelling stew that works better as a character play than one focusing solely on the intrigue of its mysteries. 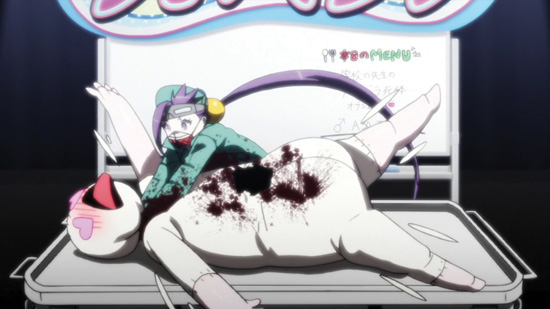 Yes, this is that kind of show, but it’s not as gratuitously nasty as it sounds. Because Kobayashi knows he’s innocent, he and his friend Hashiba confidently assist the police in their investigation, which is led by a young genius detective named Kogoro Akechi. Akechi is the other focal point of the series, and we learn more about why he is so invested in his cases and how he got such a young start in his profession as the show progresses.

The first part of Rampo Kitan takes inspiration from the Edogawa Rampo story “The Human Chair.” A loose adaptation of “Shadow-Man” follows, and then “The Fiend with 20 Faces” takes over and serves as the spine for the rest of the 11-episode series. They even manage to work in The Strange Tale of Panorama Island starting with Episode 7, and if you’re not familiar with that one please do yourself a favor and pick up Last Gasp’s release of the excellent manga adaptation by Suehiro Maruo. 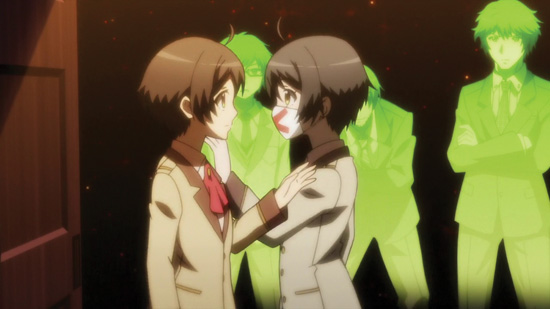 The point of Rampo Kitan definitely isn’t the depth of its mysteries, because most of them are elementary at best and tend to be solved in a handful of scenes. Rather, it’s about the stories and relationships that serve as the foundations of the mysteries. It’s about the motivations behind gruesome acts and the futility that’s often found in detective work. If you can’t stop them all, why even bother? Solving crimes and putting their perpetrators behind bars is often like culling weeds from an endless sidewalk.

There’s plenty of pain in Rampo Kitan, but there’s also humor in equal measure. Because the subject matter can reach such bleak, shadowed valleys at times, the nonchalant injection of levity really shines. I suspect director Seiji Kishi (Assassination Classroom, Persona 4: The Animation, Danganronpa The Animation) had a prominent hand in the show’s spot-on timing along with frequent collaborator Makoto Uezu, who handles series composition here. 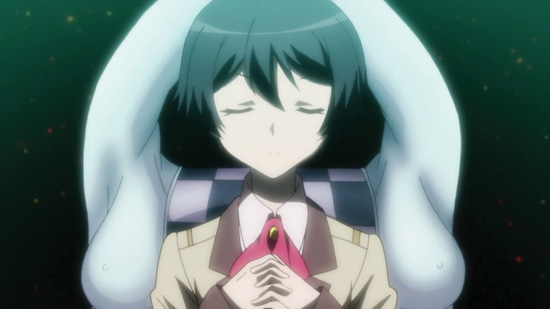 The combination of laughs, horrific acts, and genuine character development—all with a memorably stylish direction and color palette that turns otherwise straightforward moments into playful vignettes—make Rampo Kitan one of the season’s best. Recommended.