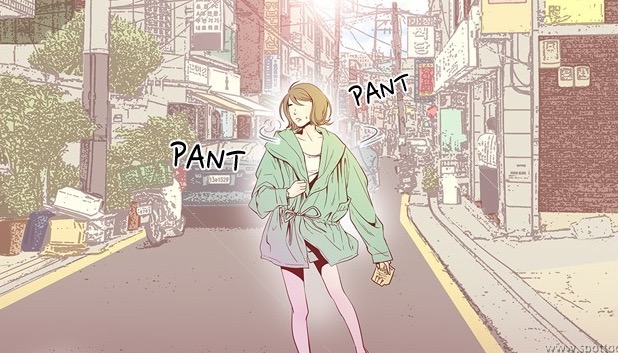 
Summer is almost here, which means plenty of downtime and relaxation is on the horizon! If you’re fortunate enough to have a relatively clear slate this year,

has a bunch of incredible Webtoons to pop on your summer reading list. From K-pop idol infatuation to the most enticing shoujo-style summer flings, here are five series that are guaranteed to bring even more heat to the dog days of summer.

Choi Hong’s dream comes true when she becomes the stylist for a popular boy band called Real Monsters. However, it turns out their name hits a little too close to home, because the members of this boy band really are supernatural beings! These boys desperately want to be human, and Choi Hong will have to work her hardest to turn them into fashion icons so they can get love from their fans and become human for good. Even if they’re monsters, is there any better way to spend summer than hanging with the hottest K-pop idols around?

For your fix of summer flings and shoujo romance, look no further than Gallery L. Soon-jin’s wreck of a life is looking pretty bleak until a mysterious, handsome man enters. What kind of magic will ensue once she accepts an offer to work at his café, Gallery L?

Dating 101 is a series all about transformation and young love, both of which persistently pop up for our high school girl protagonist. In her case it’s a tiger from her childhood who still holds a strong flame for her, and while she may not share his enthusiasm for marriage, she will take the time to turn him into a casanova that’s irresistible to other women.

On one hand you have Yun and his crew at Mount Bukhan’s mountain police rescue unit risking it all and battling mother nature to survive. Normally the harsh lives of mountain rangers would be enough to drive an entire series, but that’s not all Peak has to offer. With all the shirtless dude eye candy on display, you’ll likely need to take a few moments to cool down between chapters.

Just as a cool glass of lemonade feels like an oasis of its own during the hot summer months, so too does the only remaining Flower Shop in the town of Agadir. Despite living in a world that’s been turned into a barren desert thanks to centuries of war and abuse, Fran continues to run the shop. When her ‘detective’ tenant Sa Hwan saves a lone traveller, however, a trip to the desert finds them mired in the mysteries of the past, building up to something much bigger than they could have imagined.

Even if your summer reading list is already stacked, be sure to make room for these and other sizzlin’ hot Webtoons. To see what else

has to offer you can sign up today and keep up with the best stories available in the world of online comics.