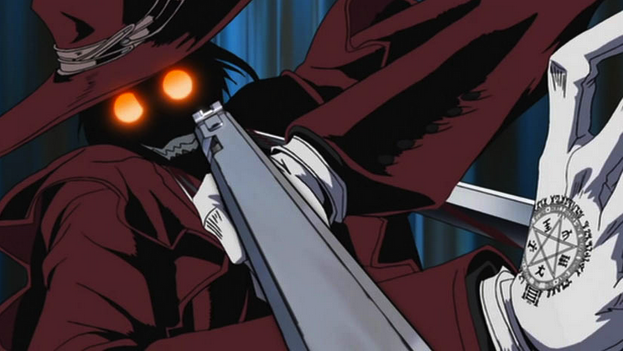 FUNimation recently announced that Toonami will be airing Hellsing Ultimate this fall. The Adult Swim anime block will be airing all ten hour-long OVAs at 3am starting September 13th. This will mark the end of the uncut run of the original Naruto series on the block. However, Naruto: Shippuden will continue to air every week at 1am.

According to the post on the official Toonami Tumblr, Hellsing Ultimate will be aired in its entirety with no edits for time being made. Content-wise, the show will not be censored past what is unacceptable in a TV-MA rating.

For those not familiar, Hellsing Ultimate tells the story of the vampire Alucard, the British Empire’s secret weapon against the occult.

Are you excited to see Hellsing Ultimate come to Toonami? Let us know how you feel in the comments!

More Than Ghost In The Shell: The Legacy of Masamune Shirow
Denver’s NDK To Host Hiroyuki Hashimoto, Takahiko Abiru