In 2013, Youmacon began a tradition of crowning a King of Youmacon, and this year actor, director, producer and writer Tom Wayland received the golden crown. How did he get this prestigious honor?

“I guess from having the nastiest sense of humor,” he joked. “They started this tradition last year, where there’s a card game called Cards Against Humanity, which is an adult card game and it is rather funny. They also started a tradition last year called Guests Against Humanity, where a number of the guests compete and the audience votes on the answers and whoever wins is crowned the King of Youmacon. So last year it was Jon St. John and I came in second. This year I managed to dethrone him and I am king of Youmacon… until next year when I guess I have a chance to defend my crown.” 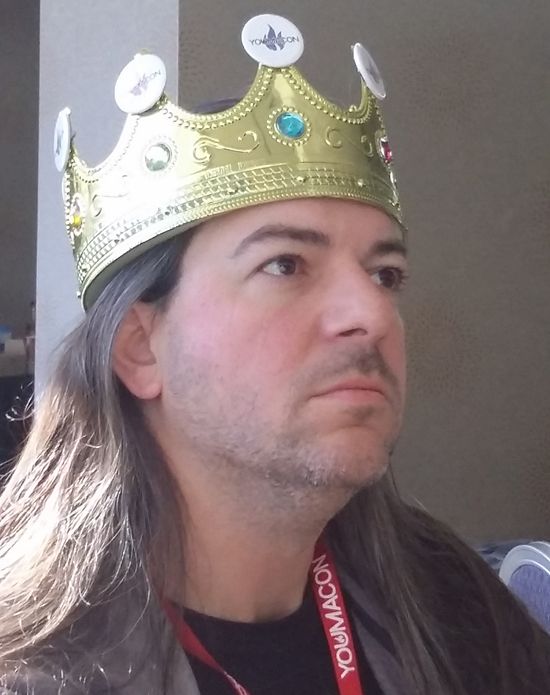 Wayland is definitely a pro when it comes to the anime field. He is continuing his long run of directing Pokémon and is excited about the new Pokémon movie, which you can catch this weekend.

“So the latest Pokémon movie, which is movie number seventeen—which is insane, but great there are so many—is called Diancie and the Cocoon of Destruction,” he said. “It’s going to premiere on Cartoon Network Saturday, November 8.”

And there’s plenty of reason for Pokémon fans to tune in. “There’s going to be a mini Pokémon marathon and then the movie plays,” he explained. “I enjoyed working on this movie a lot. I think it was my ninth or tenth movie I directed for them. This one stars Caitlin Glass, who’s also here at Youmacon. She’s from Dallas, but when I work on the movies I try to open things up a little, casting-wise. Have people from L.A. submit, people from Dallas, whatever. From the initial round of auditions, she was hands down my favorite.” 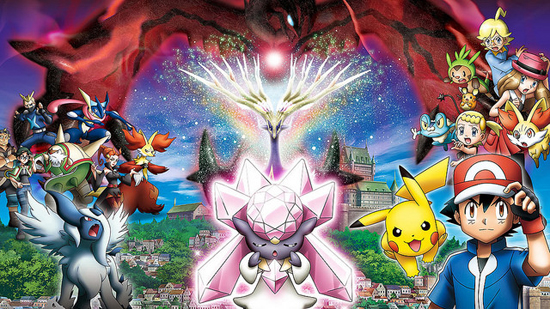 He’s also working on another huge franchise in animedom: Yu-Gi-Oh. While he can’t say too much yet about the new Yu-Gi-Oh series, he could tease a bit of information.

“Yu-Gi-Oh is sort of entering a new phase,” Wayland said. “Pokémon, when things change, Ash and Pikachu kind of pick up and move to a new place, but everything before that is existing in the world. With Yu-Gi-Oh, it’s almost like a clean slate. There are little nods to earlier series sometimes, but it’s all new characters, all new time and place. So the fifth Yu-Gi-Oh series, Yu-Gi-Oh! ARC- V, is in production now in America and I have a recurring lead part in that, which is super fun. There’s not a ton I can say about it, except it’s a grownup, which is something I don’t always get cast as, and he’s really fun. I get the big, comedic laugh moments. That’s going to be premiering sometime in 2015 and I’m psyched to be part of that again.”

Working on two major anime series might be enough for some people, but we’re talking Tom Wayland. “There’s always a lot of stuff I’m working on,” he said. “I work on a lot of weird animation from different countries around the world. There was a movie I voice directed and played a number of parts in, and we did that in the spring of 2013. At the time it was called Bunta. Recently, the one guy who’s one of the American writers who worked on it noticed this thing up on Netflix and he’s like, “Um, guys, what is this?’ And it’s called Axel: The Biggest Little Hero. It’s the Bunta characters! Somebody else picked it up, licensed it, and then I guess the licensor was like, ‘We need some big name talent in this’ and recast all the leads. So Tim Curry’s in it, and Ed Asner and Matthew Lillard, and a couple of veteran cartoon people like Yuri Lowenthal, and he’s great. So they redubbed all the leads, but the supporting characters are the same. It’s funny, because half of them are me. When you see the credit roll, you see, ‘Name talent, name talent, name talent,’ then when you get to the other voice guys, it’s like, ‘Tom, Tom, Tom, Tom, Mark Thompson, Tom, Tracy Griffith, Tom, Tom, Tom.’” 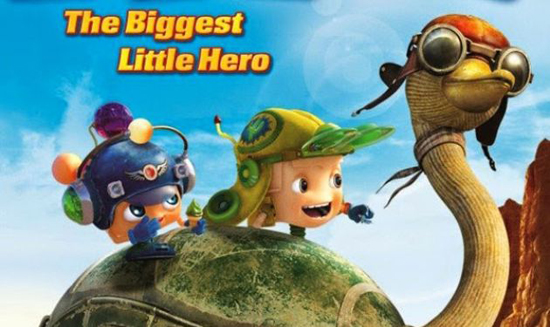 But this isn’t the first time something like that has happened. “I did a project once upon a time called Animals United, which is a feature and it was really good. It also ended up on Netflix, and when it finally showed up, it was like, ‘Oh, cool, this is on there.’ And people watched it and said, ‘What happened?’ because a British company had licensed it, so it got redubbed with Vanessa Redgrave and Jim Broadbent and all these people are in it… and me. I was one of the few people who didn’t get replaced because I played a supporting character. Disappointing as it can be, it can also be fun to say, ‘I’m in a movie with Jim Broadbent. Oh, I’m in a movie with Ed Asner.’”

Last year Wayland was able to give Otaku USA readers insight into how the anime business was doing at the time. When asked for any thoughts on how the anime world has changed in the past year, something immediately came to mind for him: crowdfunding.

“Crowdfunding is becoming more and more of a thing, and it’s reaching into the world of anime,” he said. “I’ve had people reach out to me to audition for certain projects that are crowdfunded projects.”

He has some mixed feelings about crowdfunding. He’s all for crowdfunding as a way to share a person’s passion for art, like documentaries or kids’ projects. However, when he’s seen people with money using crowdfunding, there’s a way he’d like to tweak the setup. “With projects like that, traditionally what happens is you get investors, and then if the project is profitable, those investors get a cut. If you’re Kickstarting a thing you’re going to make a profit off, and I give you money, that makes me an investor. If people want to give, they can give, but that’s how I feel.” But then he also joked that
maybe he felt this way because he’s a “crusty old man” and gave a “Get off my lawn, dammit!” in his best old man’s voice.

“I understand that without the crowdfunding a lot of these projects wouldn’t happen, but if it is a thing people are going to profit from, that’s my thoughts,” he said. “If you’re making something for art’s sake, that’s different. Honestly, for all the fans out there, it’s going to get more product to them. It’s not going to be 1999 again or something, but there may be some projects that would not have made their way to America without this. It’s the wave of the future.”