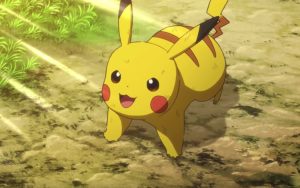 Pokémon the Movie: Everyone’s Story is officially coming to select theaters throughout the United States. The Pokémon Company International teamed up with Fathom Events for the occasion, with Pokémon the Movie: The Power of Us set to screen on November 24, 26, and 28, as well as December 1.

From the press release:

Based on the globally popular Pokémon brand, Pokémon the Movie: The Power of Us follows Ash and Pikachu as they join forces with a diverse new cast of characters to rescue a seaside town from a series of threatening incidents. Filled with unique challenges and thrilling Pokémon battles, and set during a festival celebrating the Legendary Pokémon Lugia, this heartwarming film illustrates the value of teamwork and putting aside each other’s differences.