Tom Wayland could be called a Renaissance man of the anime world, or of the entertainment world in general. He knows how to direct (he’s Pokémon’s longest running director, in fact), produce, write and act in anime, and he’s been involved one way or another in hundreds of anime programs. He also does work in video games, records audio books, makes rock and roll music, and somehow finds time to take proper care of his long, luxuriant hair.

I last interviewed Wayland at Detroit’s Youmacon 2011, where he talked about Pokémon, Tai Chi Chasers, and playing the villain at Anime Boston. When I met up with him at Youmacon 2013, there was plenty to catch up on in terms of anime work, video games, and where he sees anime going from here.

“Pokémon is still rolling out, and we’re getting ready to roll out the XY series, because the Pokémon XY games just came out,” he said. “It’s fun to start a new generation, because you can really build it from the ground up. We got to do that with Black and White, and we get to do that again.”

But it’s not all anime these days. “I’ve been working on a lot more video games at Duart, where I work in New York City. Lisa Ortiz is a producer there. She’s an anime voice talent—she was Lina Inverse in Slayers, Deedlit in Lodoss War—who angled her career more toward producing, and now that’s what she does, though she still does some voices here and there. One of the things she did was bring in this video game work.”

Even if you’re not a gamer, I think you’re going to recognize at least some of the names he dropped. “I directed the video game for The Dark Knight Rises, and that’s the only video game made for it. I’m in it, too. I play random bad guys, so you can see how many times you can beat me up as Batman.” Switching from DC to Marvel, he’s also behind video games for Iron Man 3 and Thor: The Dark World. Not too shabby.

“There’s not much anime in New York,” he said, which was something we also discussed last time. “There’s Pokémon and Yu-Gi-Oh! Yu-Gi-Oh! Zexal is in production now, and I’ve ended up in that a number of times. I play lots of guest villains. I’ll come in for two or three episodes, growl and scream and shout card names, and then go away.”

Since he’s someone who’s been extensively involved in this business for years and has seen its highs and lows, I wanted to know his opinion on what he’s seen change in anime over time and what he sees happening now and in the future.

“Like anything, there are waves,” Wayland said. “Anime was this little niche market thing that was on the back shelf of a video store and you paid thirty bucks for a VHS of an episode. Then Pokémon hit and 4Kids had all that success, and there was more attention on anime. People began bringing over more and more anime titles. But it’s still a niche market. I’m not saying it’s a teeny tiny niche, but you can overflood your niche. You ended up with all these shows that were paid for and not enough people buying because there was almost too much stuff.”

He continued, “And, also, with the Japanese, when you have a success with things like Pokémon, they say, ‘Oh, well, my show is going to be the next Pokémon.’ So where you used to pay (and I’m making these numbers up) $100 an episode, now you had to pay $500 an episode. They wanted to charge more money, which makes it harder to earn your money back, and then that bubble bursts. You probably remember all those companies closing or going bankrupt. Central Park Media, gone. Geneon, gone. Bandai, gone. At ADV, they managed to reorganize and create Sentai, and from what I hear things are going up for them and they’re coming on strong. FUNimation has been very successful, and FUNimation I think was very smart with their network and all the streaming stuff.”

He also spoke about how the pull for manga can help anime. “One of my real good buddies, Steve Pakula, was kind of like my assistant at CPM back in the day. Since then he’s gone on to work in publishing, and he manages the Kodansha brand, which is done by Random House, which is literally next door to where I record everything. They do the Attack on Titan manga and he says it’s the biggest-selling thing he’s ever had. So, right there, that’s getting so much attention, and that will help with the anime. Hopefully people will learn from their own mistakes and not license too much and not overcharge and get it to a place where the market can’t bear anymore.” 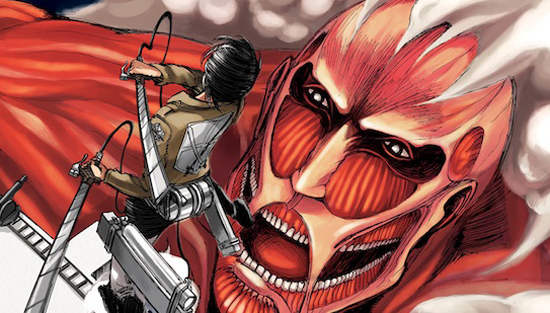 He’s glad to see things improving. “Pokémon is just a part of what I work on… I mean, it’s the main part, but it’s just a part. For all my friends across the country who work in this business, I’m happy for them. Some people look at it as competition and stuff. But if FUNimation is doing well, if Sentai is doing well, that’s good for everybody. Then we get to come to these conventions and have a lot of fun!”

That is, as Tom would say, “talking some good English.”